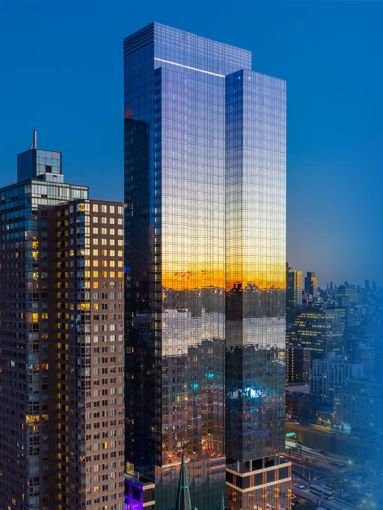 Extell Development has landed a $700 million refi for its luxury rental properties at 555 Tenth Avenue in the Hudson Yards neighborhood and 510 East 14th Street in the East Village, Commercial Observer can first report. The debt was provided by Citigroup and Rexmark.

Citi provided $485 million in senior CMBS loans in the direct deal, while Rexmark originated $215 million in mezzanine loans. The 10-year, fixed-rate loans are interest-only and not cross-collateralized, sources said. Officials at Citi and Rexmark declined to comment.

The buildings comprise 760 units in total.

Extell’s luxury rental tower at 555 Tenth Avenue — also dubbed 555TEN — was built in 2016 and one of the Hudson Yards neighborhood’s first rental towers following the neighborhood’s rezoning. The mixed-use property includes 600 apartments and a 100,000-square-foot community facility in its base — occupied by the Success Academy Charter School, which purchased the commercial condominium in 2016 for $68 million. Building amenities in the SLCE Architects-designed building include two swimming pools and a fitness floor.

In October 2018, The Real Deal reported that Extell was mulling a sale of the asset, but the trade never came to fruition.

Extell’s property at 510 East 14th Street is named EVGB, or “East Village’s Greatest Building”, and is Extell’s latest rental development. It comprises two buildings at 500 and 524 East 14th Street — between Avenues A and B — with two separate entrances. The 160-unit, seven-story property was designed by Beyer Blinder Belle and completed in early 2018. Its amenities include an indoor saltwater pool and landscaped roof deck.

The property’s retail component is mostly leased to Target in what was the retail giant’s first small format store in Manhattan. The retailer took 27,306 square feet at the property — comprising 9,500 square feet at grade and 17,806 square feet below ground — for 30 years.