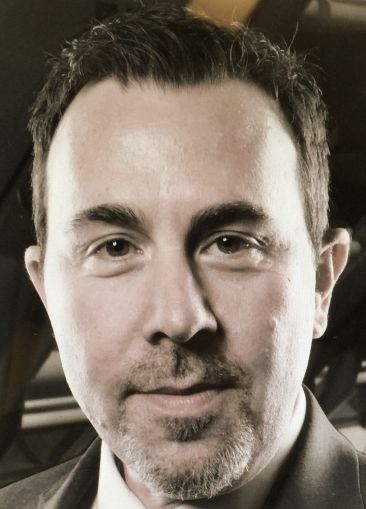 When I was a college senior, I remember landing my first internship by tearing off a phone number from the job board on my college campus. That was 1991.

Fast forward to 2019: I recently parted ways with our intern class as they headed back to school. I had the distinct honor to sponsor CBRE’s Greater LA and Orange County program this year, and it was inspiring. I cannot imagine being a 19- or 20-year-old these days. It’s hard to fathom how savvy this generation is and must be to ready themselves for post-graduation life. Our process is rigorous and competitive — including phone screens, web-conferencing, essays, in-person interviews, letters of recommendations. Ultimately, we received more than 600 applications for 29 spots. We usually hire around 25 percent of our interns after graduation, and I am proud to say 69 percent are diverse candidates.

My overall takeaway of the program has been that the caliber of talent coming out of our universities today is impressive. People usually think of Los Angeles as being synonymous with Hollywood. They associate Orange County and San Diego with its beaches and Southern California is justifiably revered for its beauty, but it’s time to acknowledge our region’s brains.

Consider this: UCLA attracts the most applicants of any university in the U.S. More than any of the East Coast institutions or those up north, including my beloved Ducks in Eugene, Ore. Greater LA also cranks out about 11,000 engineering graduates every year, more than any other city. Just to provide you with context: The Bay Area produces about 7,500. The region also graduates more than 3,700 students with degrees in biomedical and biological sciences, and it’s ranked no. 6 nationally in terms of generating new life sciences talent. In addition, Los Angeles placed third in tech degree completions in 2017 — and the number represented an increase of almost 38 percent over the previous five years, according to CBRE’s 2019 Tech Talent survey.

These numbers aren’t just plain impressive but highly important for the fact that the biggest challenge businesses face these days — my team included — is access to talent. Especially when it comes to industries of the future. On top of that, Southern California’s economy is trending, it’s a job seeker’s market to say the least. Just look at the explosion of the content industry, which has led to the demand for millions — not thousands — of square feet of new office space on LA’s Westside alone. And thanks to our universities, we are generating more than enough qualified talent to fill those spaces — positioning the region well for the long term.

Colleges are the Catalyst for Change

I have been amazed by the powerful role that colleges and universities are playing in the transformation of Southern California — in the way they contribute to our communities, to our economy, in the way they produce high-caliber human talent. Our region’s higher education institutions help move us forward with their innovations and with the development they spur. Our universities have often been an overlooked success story, but no longer — they are one of the primary reasons why this region is a success story.

First, let me pull some numbers to emphasize my point. We have 113 institutions of higher learning and 1.15 million students pursuing a degree. This makes Greater Los Angeles the U.S.’s second-largest college town after New York City, according to Richard Florida, the co-founder of CityLab and expert on the future of American cities. Moreover, among major metros, L.A. has the largest share of the population pursuing degrees with 7.34 percent. That is ahead of Boston, the quintessential university hub (7.32 percent). San Diego is third and not far behind at 7.27 percent. Sure, there are many other noteworthy and attractive college towns, but many are relatively small and don’t necessarily provide the ability for their graduates to stay. Guess who does? SoCal.

Second, we don’t just boast quantity but also quality. Three Southern California Universities ranked in the top 25 nationally: Pasadena’s Caltech (no. 12), UCLA (no. 20), and USC (no. 22), according to the latest U.S. News and World Report. Not far behind are UC Santa Barbara (no. 34), UC Irvine (no. 36), and UC San Diego (no. 37). The icing on the cake? UCLA was the top-ranked public university in the entire country. U.S. News also ranked Pomona and Claremont McKenna the fifth and eighth best liberal arts colleges in America. Go Sagehens!

The massive amounts of high-caliber students our universities produce also have a very real impact on our physical environment in where and how they choose to live, play and work. Many of today’s students share a preference for wanting to live in an urban environment void of long commutes but filled with high-density neighborhoods that boast amenities, experiences and are easy to navigate by bike, shared ride, and on foot.

This demographic has helped spur the redevelopment of such neighborhoods as L.A.’s Arts District and South Park and downtown San Diego; and they are pushing commercial and residential development in Orange County in new directions. This demographic is also driving coworking, hospitality, entertainment, e-commerce trends and the rethinking of retail. Want to know where to build new housing, office space, or logistics infrastructure? Follow the graduates.

Aside from the ‘built’ environment, these university graduates and young professionals are realigning our ‘made’ environment in terms of social consciousness and our connection to one another as well as our relationship with the world we live in. Diversity, wellness, and a connection with our great outdoors matter — a lot. Have you had a young professional ask you what your company stands for during an interview lately? If not, be ready. Fifty-six percent of Gen Zers consider themselves to be socially conscious and more than 50 percent report that knowing a brand is socially conscious, directly influences their purchasing decisions, according to a new report from MNI Targeted Media. That means developers of office and retail space and multifamily housing in Southern California have to look at things differently, be creative, and constantly innovate.

The High Cost of Living

All this immense talent wanting to study and ultimately live and work here, all the economic growth and prosperity have had a well-documented side effect: Living in Southern California is very expensive. While our region is booming, the rise in rent and home prices have far outstripped incomes. This is especially true for Los Angeles, where the shortfall in residential development has contributed to a 75 percent increase in housing prices over the past decade.

Not surprisingly, outmigration, a powerful indicator of perceptions of the quality of life, is on the rise. In 2018, roughly 100,000 more people left L.A. County than moved in, the worst performance for any major metropolitan area in the country last year.

To get a hold of the affordability problem and contain our environmental impact, L.A. must grow up, not just grow out.

Just recently, we launched the application link for our 2020 Internship program. Wish us luck as we sift through hundreds of resumes of young, aspiring, high-caliber students. Say what you will, this generation is on point; We need to listen and act on their vision — give them a way to stay. If we do, this incredible region will continue to evolve into its full potential.

DJ Sandler is a senior director in CBRE’s Los Angeles office, where he oversees sales management, marketing and research for the Pacific Southwest.