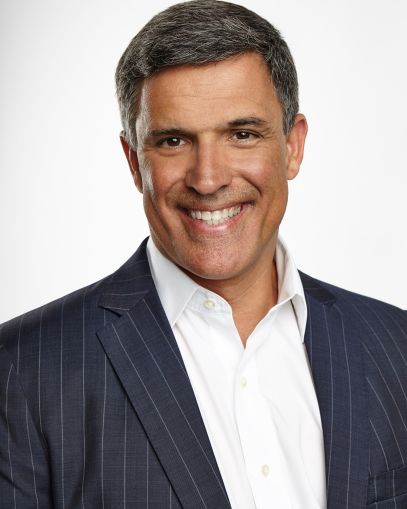 Berkadia’s active presence in Florida’s CRE debt scene owes no small part to Charles Foschini, who co-heads its originations in the state from the company’s office in downtown Miami. The University of Miami graduate, who spent nearly two decades at CBRE, has led some of Berkadia’s biggest Florida deals since he joined the company in 2016. Among them is a $121.5 million acquisition loan that helped Parkway Properties and Partners Group buy a set of six Tampa office buildings late last month. The firm has also been a key player in multifamily capital markets, putting it on the cutting edge of Florida’s changing demographics.

Foschini spoke with Commercial Observer by phone last week to discuss everything from the Sunshine State’s sunny skies to its business climate, transportation struggles and even its school system.

Commercial Observer: In a nutshell, what are your responsibilities at Berkadia?

Charles Foschini: I co-lead Florida operations in both a management and production role. I focus on a group of clients [for whom] I do a fair amount of their business … and that runs the gamut of any of their capital-market needs, from permanent loans to construction loans to bridge loans.

Florida’s shown a lot of momentum lately — throughout the state, but particularly around Miami. What do you see as some of the driving factors?

When I studied at the University of Miami, it wasn’t lost on me that the temperature was 78 degrees all the time. It’s a very enviable place to live, work and play. But you have to layer over that that our last two governors [Ron DeSantis and Rick Scott] have been very pro-business. We’ve had a lot of growth in the medical sector and a lot of employment growth. It’s not just a tourism economy anymore.

Berkadia has been a force behind some significant multifamily debt deals in the state this year. How is the state’s apartment market evolving?

We’re seeing unrelenting population growth and immigration to the state, and we’re seeing a continued evolution of employment. Some of the bigger submarkets have a lot of transportation challenges. Those factors have formed a confluence to create a need for multifamily near where people are going to work. That’s created a lot of new developments in suburban and urban markets. What’s more, the individual credit consumer has been harder to come by: Not as many people have been buying houses in this cycle. That has created a renewed demand for lifestyle residential, where people can get all the amenities that you couldn’t frankly afford or justify in your own home.

Reforms to Fannie Mae and Freddie Mac have been a never-ending discussion in Washington. Do you have any concerns?

Fannie and Freddie have been market leaders in multifamily finance, and they have very healthy allocations for 2020. I expect that to continue. But having said that, the economy and capital market side is extremely vibrant. You have CMBS lenders, banks, life companies and debt funds, all of which are available to a borrower in any given transactions. They’ll continue to have a significant market share in multifamily, too.

You mentioned some transportation challenges. Do you think the state’s urban areas need to become more commutable?

The demand for a live-work-play lifestyle is fueled both by millennials as well as those folks that are selling homes and moving back to the cities. They want to have everything in one place. The new Brightline train [which now connects Miami and West Palm Beach, Fla.] is so much more convenient than it was 20 years ago when you had to get in your car and commute. As South Florida and particularly Miami evolve as 24-hour cities, that means you have 24-hour traffic. Mass transit is a solution to that.

You mentioned that the state’s politicians have fostered a business-friendly reputation. How specifically has that helped drive new investment in the state?

One of Berkadia’s technology tools looks at IRS tax payments from one year to another. You can pick somewhere in the Northeast — anywhere in the Northeast — and look at the tax migration. For example, if you paid your taxes in 2018 in Connecticut and then in 2019, you paid your taxes in Florida, that net migration has been measured, potentially, in billions of dollars, and that’s continuing. In many cases, the Northeast is losing out to where it’s easier to live, easier to do business and where overall taxation on the same work dollar is lower. Florida is a huge beneficiary of that. Then there’s the fact that submarkets like Orlando and Tampa have very, very nice campus-style offices that rent for a lot less per square foot.

People often speak of talent pools as one of the deepest strengths of gateway cities like New York and L.A. How is Florida doing on that front?

I would say it’s evolving, and not fast enough. Our private school systems are exceptional. The Florida state schools are getting better. Five years ago, most of them didn’t have real estate programs, but now they all do. But the public school systems here for primary grades are not evolving fast enough. As our population grows, they’re not evolving at a pace to support that population. So that’s a challenge that municipalities continue to address.