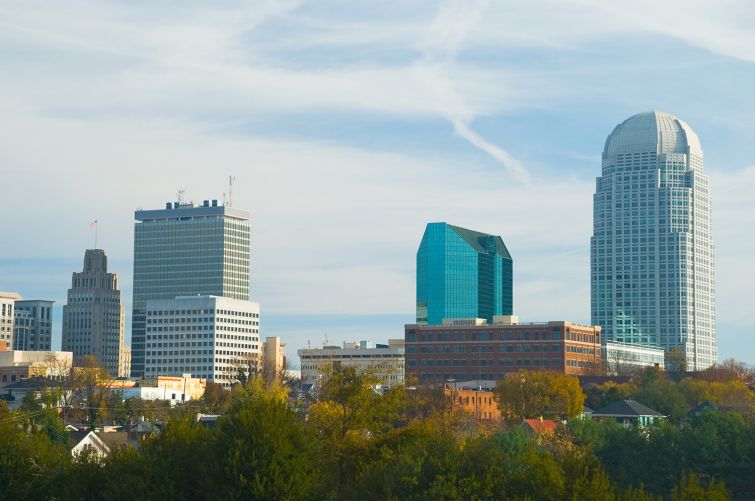 Arch Companies has pulled in a $61.5 million bridge financing to purchase and renovate a set of four garden-apartment complexes in North Carolina and South Carolina, Commercial Observer can first report.

The debt, from Walker & Dunlop, has been structured as short-term bridge financing, intended to see the properties through their renovations, according to  Jeffrey Simpson, an Arch managing partner.

The proceeds will fund New York City-based Arch’s acquisition of a 1,125-unit portfolio that includes three buildings in Winston-Salem, N.C. and a fourth in Spartanburg, S.C. The two Southeastern cities, which are about 125 miles apart along Interstate 85, straddle Charlotte, N.C., where Arch spent $63 million to buy an office building last autumn.

Arch is paying $61 million to buy the four apartment communities from Patriot Services Group, a company based near Jacksonville, Fla. that caters to housing military veterans at the complexes — although they’ve been open to all comers. The complexes will continue to take all renters while serving veterans who are already tenants, Arch executives said.

A portion of the proceeds from the Walker & Dunlop debt will also fund renovations at the four apartment communities, which Arch said will “reinvigorate the currently distressed properties,” all of which were constructed in the 1970s and 1980s.

“There are capital needs at the properties that include unit renovations and infrastructure. There’s some work to be done to the roofs, the grounds, et cetera,” Simpson said. “But these properties are top-notch assets. They just need the capital to be put in place.”

The acquisition includes Chesterfield, Silas Creek and Twin City apartments in Winston-Salem and Whispering Pines in Spartanburg. Those cities may fly under the radar for many metropolitan real estate investors, but their economies are impressively dynamic, according to Jared Chassen, an Arch partner.

“Some people go to these markets expecting them to be smaller, but they’re bustling,” Chassen said. “There’s a lot of industry and health-care [services]. Drive down the main streets — they’re really busy markets.”

Simpson said that the bridge debt would likely be replaced by more permanent debt backed either by Fannie Mae or the Department of Housing and Urban Development once the rehab projects are complete. All four complexes are set to remain open during the construction.

“We don’t want to disrupt the tenants in place; we don’t want to be a burden on them,” Chassen said. “One of the biggest goals is to create communities we’re proud to own.”

He added that the ease of finding online reviews from current tenants gives multifamily buyers a strong impetus to definitively rebrand and improve struggling properties as soon as possible.