What Will REBNY Do After Losing the Rent Reform Battle? 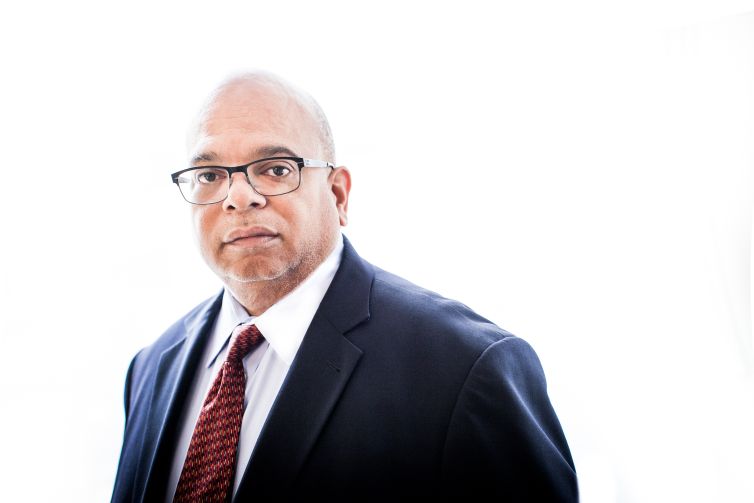 Former REBNY President John Banks stepped down a few weeks after the organization lost a battle over the new rent stabilization laws. Now many of the group's members wonder what the future holds for the much-maligned real estate industry. Photo: Commercial Observer

Not very long ago, the real estate industry was an indisputable titan in Albany; when its lobbying arm — the Real Estate Board of New York (REBNY) — made its preferences known, politicos often jumped to accommodate.

But in the wake of the June rent reforms, the real estate industry has been shaken to its very core. Its long-running strategy of contributing lots of money to state legislators and trying to persuade them with economic arguments failed in the rent law renewal fight. And REBNY was seemingly blindsided by well-organized tenant activist groups.

Landlords and developers, along with the trade organizations that represent them, woke up to a new reality in which state legislators play by a new set of rules and left-leaning activist groups have significant influence over policy. REBNY is faced with the possibility that it will need to retool its public relations machine and maybe even take a page out of the activists’ playbook.

As the 123-year-old trade organization struggles to respond to criticisms from the left, many of its own members — particularly on the residential side of the real estate business — are increasingly disillusioned with the organization’s approach to lobbying and policy-making.

Mitchell Hochberg, president of development firm Lightstone, pulled no punches about the fact that REBNY, and the industry at large, needed to advocate for more meaningful public policy.

“Real estate owners cannot be perceived as the adversary within the urban fabric,” he said. “There was a collective failure across the entire industry to not recognize this sea change coming right for us. Rather than be reactionary, there needs to be compromise rooted in public-private partnerships.”

John Catsimatidis, who heads Red Apple Group and has run for mayor of New York City as a Republican, agreed. REBNY “completely miscalculated what the state legislature, the NYC City Council, have done,” he said.

Some real estate pros think industry groups will be more successful if they can soften their image and forge coalitions with non-landlord partners.

“I think the challenge for REBNY, RSA [the Rent Stabilization Association] and other groups is that two decades of prosperity have led to a tsunami of anger and hostility towards the industry, and it’s going to be hard for any group to soften all of these over-corrections,” said David Kramer, the president of Hudson Companies, a major residential development firm. “We need to talk about what’s the best way to promote affordability, upkeep and growth so that we don’t turn into San Francisco, and we need to reach out to like-minded partners who are not landlords.”

In a statement, REBNY said it was “committed to working with a diverse array of stakeholders to advance sensible, data-driven policies that actually address the need for more affordable housing and sustainable growth across New York.”

Part of the problem might be in REBNY’s approach. Jay Martin, who runs the Community Housing Improvement Program (CHIP), a trade group for small landlords, felt that REBNY aggressively lobbies legislators but hasn’t made an effective pitch to the public.

Moreover, Martin argued, the real estate industry as a whole needed to be more transparent about the way it operates.

“Maybe we have to change the conversation so that it’s not just one-on-one conversations with legislators, but conversations with the public,” Martin explained. “You could argue that we need to have more public discussions about where the money goes when people pay the rent or when landlords make building improvements. We’ve gotten to be so inward facing; we need to be much more open about how our business models work.”

And without the governor or a Republican state senate majority on their side, REBNY, CHIP and RSA found themselves out-maneuvered by left-leaning legislators working with tenant activists during the rent law fight.

Activists and pro-tenant lawmakers “worked the war room well,” said Martin. Activists “would meet with the tenant advocate legislators in the morning and say, ‘Who’s weak?’ and then they would — I don’t want to say ‘harass’ — but they would pressure that [politician].”

Democratic state senators who expressed doubts about the draft of the new rent law during closed-door conferences would find themselves cornered by activists and targeted on Twitter and in press releases, Martin claimed.

“If there was opposition that came out of conference these outside organizations were immediately engaged,” he said. He pointed to state Sen. Leroy Comrie of Queens, whose chief of staff was confronted by tenant activists in Albany, as an example. “They would never have known he was wishy-washy about the bill if that information hadn’t been leaked out of conference … I would argue that that process isn’t terribly different from the governor calling someone up and getting them to vote for someone.”

“Tenant advocates did a good job of framing their message, but the landlords didn’t do a good job of framing the message of why [the rent reforms] were bad,” said one residential developer who spoke on condition of anonymity. “A much more effective strategy would have been to have the small owners come up to Albany and explain why this was bad. I think the industry had an opportunity to compromise early but they never realized how badly they were going to get beaten.”

Another notable member of the REBNY board of governors, who requested that their identity be withheld, was even more blunt.

“[REBNY] needs to be severely disrupted, blown up and rebuilt,” the member said. “There’s been a slow crawl toward mediocrity, predictability, putting economic interests before the interests of the city, being weak-kneed about the things that we need to be strong about. That place is just a bastion of the old guard.”

As for what happened in Albany this spring, “Nobody’s having the conversation about what went wrong,” the member explained. “We were relying on the governor to save us, and I don’t think we were fending off and dealing with that risk because we didn’t believe that was going to happen. [REBNY] should have invested in some of these relationships [with politicians] and been prepared to be forsaken by the governor. I don’t think a lot of people inside REBNY feel like the house is on fire. If REBNY continues to experience issues in Albany in the next election, maybe there have to be some bruising losses for the industry for them to understand that this isn’t good for business.”