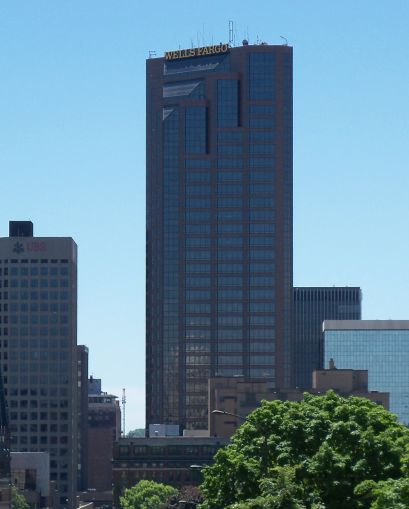 Starwood Mortgage Capital provided the 10-year CMBS takeout, which replaces existing debt on the property, and provides future funding for tenant improvements and leasing commissions as well as closing costs.

KKR provided a roughly $70 million, five-year, floating-rate loan on the tower in January 2018, as previously reported by CO.  That financing was also arranged by the Iron Hound team.

The tallest building in the city, at 471 feet, it is currently 86 percent leased to a diverse tenant base, several of which renewed their leases over the past 18 months. Tenants include the Internal Revenue Service, AgriBank, Minnesota State Colleges and Universities and the property’s namesake, Wells Fargo.

The St. Paul CBD is home to roughly 305,000 residents and is evolving into a 24-hour live-work-play city. It comprises more than 12 million square feet of Class A and Class B office space and is the fifth largest submarket within Minnesota’s Twin Cities of Minneapolis and St. Paul.

Roughly $700 million has been spent on transit upgrades, acquisitions, conversions and development in and around areas adjacent to Wells Fargo Place since 2014.