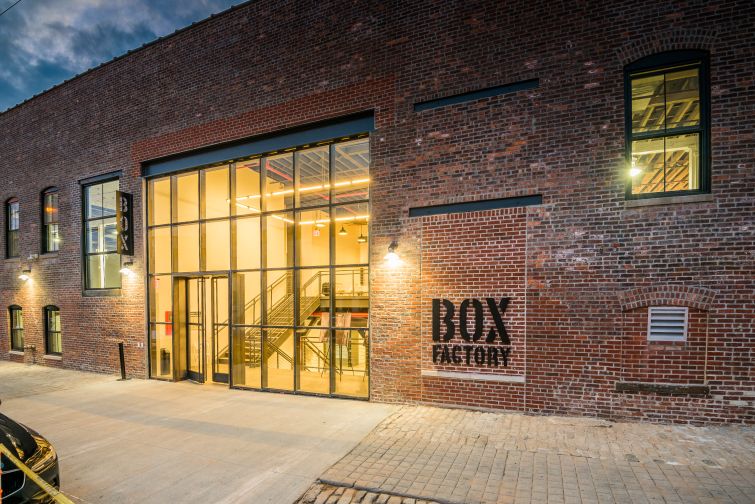 Pirate Studios, a U.K.-based startup that provides rehearsal and production space for musicians, is opening its second New York City space at the border of Bushwick and Ridgewood, Commercial Observer has learned.

The company leased 13,832 square feet at 1519 Decatur Street, a converted box factory now aptly called the Box Factory, according to information from ABS Partners Real Estate, which brokered the deal.

Asking rent at the property, located between Wyckoff and Irving Avenues, was $35 per square foot, per ABS.

ABS Partners’ Ben Waller represented both the tenant and the landlord, Hornig Capital Partners and Brickman. The two owners transformed the former factory into a 67,000-square-foot office complex catering to the area’s creative class, with outdoor space, common areas and bike rooms.

“While most commercial buildings steer clear of noise-producing uses, Horning and Brickman are creating an atmosphere at the Box Factory for musicians, producers and other media creators to thrive,” ABS’s Waller said.

Pirate Studios opened its first space in the city in Greenpoint, where it offers rehearsal, DJ and production studios that are outfitted with live-streaming capabilities, so musicians can connect directly to SoundCloud, YouTube or Spotify.

The company raised $20 million in venture capital last year and operates over 25 locations primarily in the United Kingdom, with a variety of studio types for recording, rehearsal, podcast production and DJ booths.

Like other companies in the flex office and hospitality space, Pirate Studios provides a traditional real estate service with the added benefits of convenience and access: Their studios are available 24/7 and bookable online, so it’s an entirely self-service experience.