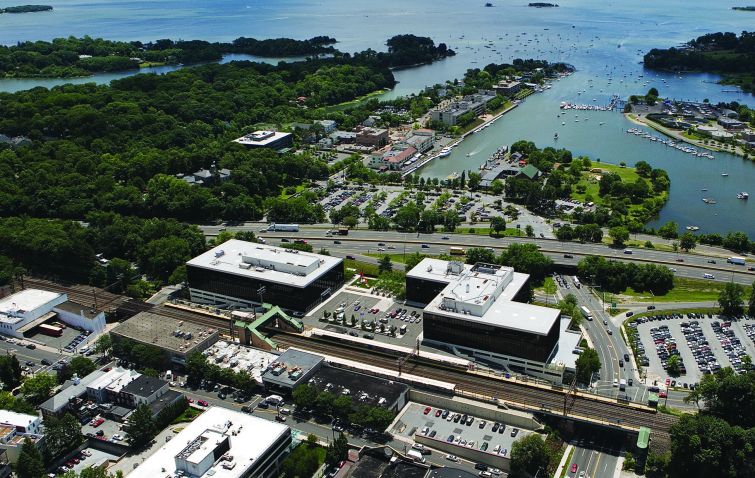 The Ashforth Company has pulled in a $150 million loan from PGIM Real Estate Finance to refinance an office building in Greenwich, Conn., Commercial Observer can first report.

The loan refreshes the capital stack at Greenwich Plaza, a 325,000-square-foot tower next door to the Southeastern Connecticut city’s commuter train station. Ashforth has controlled the site since it built the property in 1970, when it was one of the area’s first Class A office buildings.

A portion of the proceeds will go towards a project to renovate the adjacent train station, which provides Metro-North Railroad service to Manhattan and New Haven, Conn. The redevelopment will update the half-century-old station with a new movie theater, more retail space, improved pedestrian walkways and a new park.

“We’re glad to have had the opportunity to work with Ashforth on this unique transaction and support its efforts to invigorate what is currently an underutilized section of the Greenwich Train Station neighborhood,” Tom Goodsite, a PGIM Real Estate Finance managing director, said in a statement. “The planned upgrades will further activate the immediate area, to the benefit of companies and employees in Greenwich Plaza and the surrounding community.”

The project, funded by a partnership between Ashforth, Greenwich, Metro-North and Connecticut’s Department of Transportation, is expected to cost $45 million. Ashforth will receive air rights near the station in exchange for allowing public use of the park space it will fund, as well as a parking lot it owns, according to Greenwich Time.

“We will create a redevelopment based on a shared vision that will revitalize this complex and the surrounding area and create an exciting new experience for a new generation of Greenwich residents,” Darrell Harvey, Ashforth’s CEO, told the newspaper. He didn’t immediately respond to an inquiry about the new financing.Current tenants at Greenwich Plaza include three hedge funds: AQR Capital, Lone Pine Capital and Silver Point Capital. The building, draped in black glass curtain-walls, stands next to a covered parking garage and a small lawn with a larger-than-life outdoor sculpture designed by Mark diSuvero, a National Medal of Arts recipient.