Packing It In: Debt Funds Could Be in Trouble Should the Economy Tank 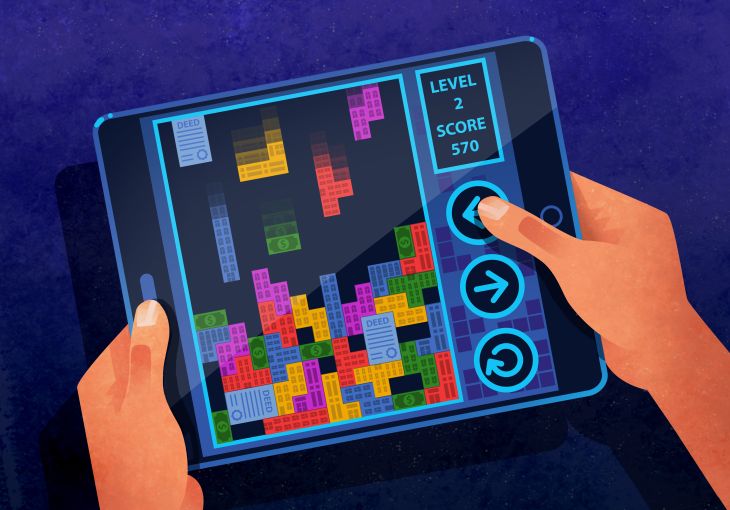 There could be trouble in the water for debt funds in the next couple of months if the economy takes another downturn, industry experts told the Commercial Observer.

The majority of lenders CO polled on where they expected to see consolidation in the event of a market correction or downturn pointed towards alternative debts funds — which have surged in popularity since the 2008 crash — as likely candidates because they can be over-leveraged and there’s simply too many of them.

“We’ve gone from about 60 debt funds in 2016 to 140 today,” Jason Park, a senior vice president at U.S. Bank, told CO in his written statement. “If there’s a correction, some of those funds are likely to struggle and some of that lending activity will be absorbed back into the bank market.”

After the federal government overhauled the country’s lending system following the 2008 financial crisis — with regulations like the Dodd-Frank Wall Street Reform and Consumer Protection Act and the third Basel accords restrictions — debt funds stepped in to fill the void of banks who were now required to hold more capital. Since then, the number founded every year keeps growing along with the amount of capital they handle.

It’s that meteoric growth that led some lenders to posit the space will likely have some shake-ups during a down cycle.

“There are too many players doing many of the same things,” said Josh Zegen, a co-founder of Madison Realty Capital. “It’s commoditized the debt business. There’s more financial engineering, more leverage, which may create more distress in the ownership of the debt funds.”

Because debt funds can pursue more aggressive deals than traditional banks would even dream of doing, that leaves them more susceptible to trouble if the market turns, Richard Smith, a managing director of Bank OZK, said in his statement.

“By their nature, they pursue higher leverage transactions and higher returns than we ever would consider,” Smith said. “Some of those more aggressive players could experience challenges, and that is likely to lead to some consolidation of that group in a downturn.”

Warren de Haan, a founding partner at ACORE Capital, said that too many were started by people with no experience in the space, who only saw it as an “ancillary business to their other business.”

“There are numerous folks who got into the debt business that viewed it as an interesting place to play, but don’t have the scale,” de Haan said. “It could result in the shakeout of players who aren’t as adept at running complicated debt businesses. Whether that comes in the forms of consolidations, where they’ve gotten bought out by larger players, or some of those weaker players will decide that this is not a business that they want to be in.”

De Haan added that less active or well-capitalized lenders without a “deep track record of just doing this business” will be the ones most in jeopardy during a downturn.

Part of the issue for these companies is that transitional and bridge lending was seen as “the flavor of the day for many allocators of capital,” so rushed to invest with them, Matt Salem, the co-head of real estate credit for KKR, said in his written statement.

“However, with a benign economic environment, it’s difficult to judge which firms have a real client franchise and strong credit culture,” he said. “I think we’ll have consolidation when the tide goes out and capital allocators can measure lenders on a full-cycle track record.”

Plus, many of the debt funds have only grown in popularity during a period of an economic boom in this country, leaving some to wonder if they have enough experience to navigate tougher times.

“The new participants likely don’t have the capital or human resources to deal with the challenges they may face,” Mark Fogel, the president and CEO of debt fund ACRES Capital, said in his statement. “Further, since many of them have only existed in an upcycle, they do not have the necessary experience to navigate a challenging market environment.”

“Access to liquidity at these times often creates ‘haves and have-nots’ in the lending market when the cycle turns,” Sotoloff said in his statement.

For some, the key to survival will be targeting subsets of the market that have less “commoditization,” Zegen said. In Madison Realty’s case, that’s focusing on special situation financing: “There’s more margin in our kind of business,” he said. “We’re not that highly levered.”

He also mentioned that companies might want to add on debt funds to “increase their product offerings,” like private equity firm’s Stone Point Capital picking up Rialto Mortgage Finance for $340 million in December 2018. But one of the biggest signs of distress Zegen mentioned was RAIT Financial Trust filing for bankruptcy in August after it defaulted on bonds due in 2019 and 2024, the WSJ reported.

“It’s probably because of leverage,” Zegen said about the bankruptcy. “I think that if you look forward to the next 12 to 24 months there is more probability of things like that happening.”

Lenders also expect to see some consolidation beyond debt funds during a downturn. Dennis Schuh, the chief originating officer for Starwood Property Trust, said in his statement that the entire banking system could be in trouble.

“We have too many banks in this country, especially with increased regulations and technology advancements,” Schuh said.

Anthony Wong, the head of U.S. commercial real estate lending for Bank of China, said owners of multifamily buildings in New York City could face some issues, especially because of the recently passed rent reforms.

“Older buildings and those that had major rent bumps underwritten in the business model upon the turn of a vacant unit may be at risk because the projected income may be insufficient for an adequate return, and takeout proceeds upon refinance may be insufficient,” Wong said in his statement.

Zegen added that transaction volume in general has been down so far this year, with a Cushman & Wakefield report showing total investment sales volume dropped 26 percent through August. Because of that, he expects to see more brokerages merge with other companies, similar to JLL’s $2 billion acquisition of capital markets firm HFF this summer.

“If there’s less transaction volume going on in the next year or two, how do firms like JLL and HFF extract as much as they can in that transaction?” Zegen said. “They want to be able to get more in terms of leasing exposure and add on more to the transaction.”

“You’re just seeing more and more firms trying to consolidate to try and get more from their transactions,” Zegen added.