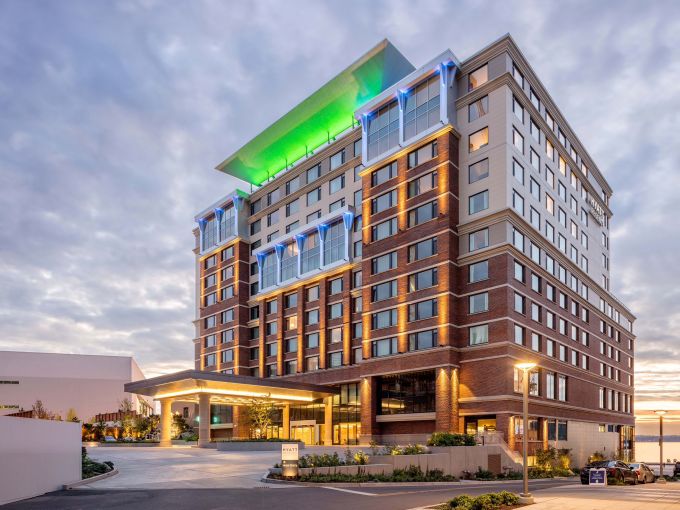 “ NH is proud to work with SECO Development and its owner, Michael Christ, on this great transaction that gives us exposure to the greater Seattle market and continues to extend our lending business in the West Coast,” said Joon Ho Park, director at NH.

The four-star Hyatt’s amenities include 65,000 square feet of indoor and outdoor space, a ballroom, a fitness center, a pool, and several dining options.

The property is centrally located between Seattle and Bellevue and amid some of the largest employers in the area, including Amazon, Microsoft, Google, Boeing and Starbucks. As the only waterfront hotel on the lake to include meeting and event space, it’s well positioned to attract group event bookings.

“The Hyatt Regency Lake Washington stands out among its peers as the premier hotel product in the Seattle market, with 65,000 square feet of indoor and outdoor meeting space, renowned food and beverage outlets and world-class amenities,” Stolly said.

Officials at SECO and Mirae Asset were not immediately available for comment.