Melding Past and Present 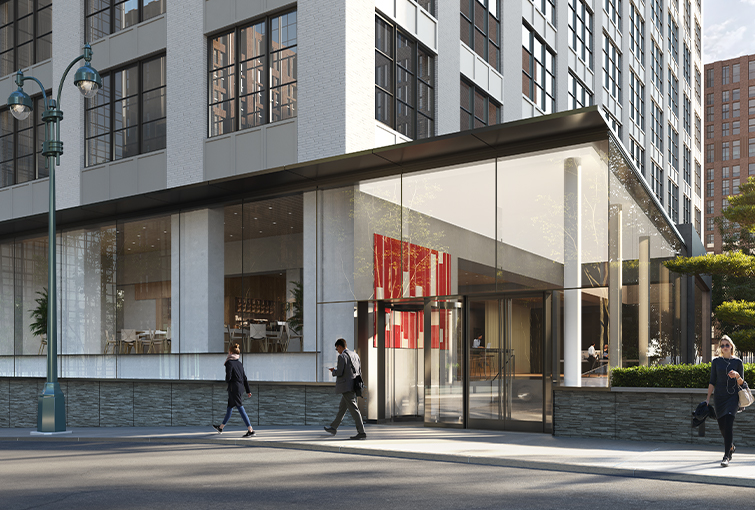 New development is a defining characteristic of New York City real estate. However, developers are also focusing on repositioning older buildings, expanding their capacity to meet the needs of modern tenants while maintaining a timeless aesthetic. SL Green, New York’s largest office landlord, has created tremendous value through repositioning projects across the city. The firm has recently acquired 460 West 34th Street, soon to be re-branded 410 Tenth Avenue on Manhattan’s Far West Side.

SL Green plans to significantly upgrade the building’s amenities and infrastructure while maintaining its historic architectural feel. Originally the Master Printers Building, the 21-story building epitomizes Industrial Modern style and features Art Deco brickwork and other architectural details that enrich its striking brick façade. In fact, when built in 1927, it was the tallest concrete structure in the city—an impressive feat of engineering and design.

Because modern firms demand a comprehensive set of amenities, SL Green is also investing in a suite of conveniences, such as a tenant roof deck with an indoor lounge area suitable for hosting private events, activated tenant terraces, a lobby coffee bar, and a garden court visible from inside the new lobby. These amenities were specifically selected to promote productivity and wellness while allowing tenants to impress clients and business partners. The redevelopment will also include new elevator cabs, bathrooms and HVAC systems.

SL Green has successfully repositioned buildings throughout New York into dynamic mixed-use properties, including 10 East 53rd Street, 10 Columbus Circle, 100 Park Avenue and 635-41 Avenue of the Americas. Now, 410 Tenth Avenue will join as a proud part of that tradition. Surrounded by the plethora of new developments on the west side, the historic building is poised to attract media and technology firms that are often looking for a more industrial office environment.

New York’s appeal is often rooted in the architectural vocabulary of its historic buildings, which embody the grit and tenacity that have come to define the city. SL Green understands that amplifying existing historic properties is one of the measures that helps maintain New York as the top destination for firms from around the world. 410 Tenth Avenue exemplifies how SL Green maximizes a building’s potential and provides the best commercial products in the city.