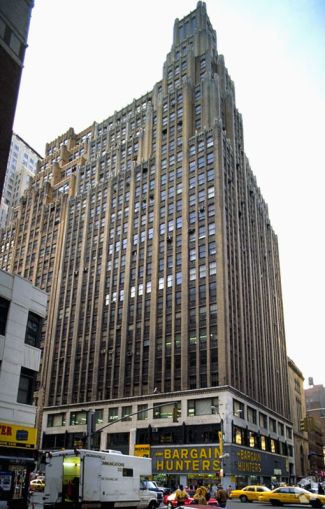 A meal-kit delivery service that partnered with Martha Stewart, Marley Spoon, inked a deal to move its New York City offices to bigger digs in the Garment District, brokers on the deal confirmed.

Marley Spoon signed a seven-year lease for 7,583 square feet on half of the 19th floor of the Kaufman Organization’s 519 Eighth Avenue between West 35th and West 36th Street, the New York Post first reported. Asking rent was $48 per square foot.

The Berlin-based Marley Spoon was founded in 2014 and partnered with Stewart to feature her recipes in its meal boxes in 2016, TechCrunch reported. Its New York City offices — which houses its marketing and sales operations — are currently at the Starrett-Lehigh Building at 601 West 26th Street in Chelsea and it plans to move 519 Eighth Avenue in February, according to brokers on the deal.

Sami Akleh of Voro NYC, who represented the tenant with Christina Combias, said Marley Spoon had been looking for new digs for about seven months but finally settled on the 26-story property because of its views and ability to build a 1,500-square-foot test kitchen.

“It was an amazing fit,” Akleh said. “It was a really long search, basically we just cracked down and we found the perfect space.”

Kaufman’s Sam Stein handled the deal in-house for the landlord and said in a statement the 349,000-square-foot property “is ideally situated to meet the needs of growing companies such as Marley Spoon and provides the firm’s team with convenient access to a variety of nearby transportation and appealing lifestyle options.”