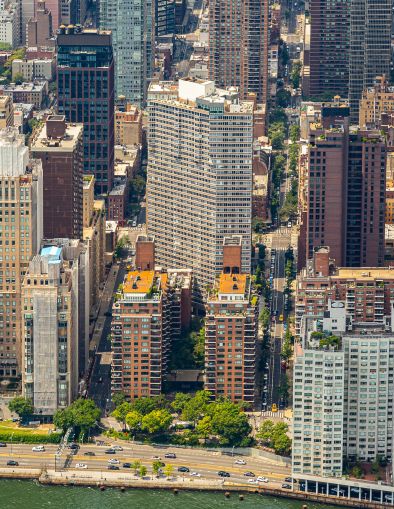 Slate Property Group and BentallGreenOak have landed a $390 million refinance of Oriana at River Tower, a multifamily property in the Sutton Place enclave of Midtown East, Commercial Observer has learned.

Slate Property Group and GreenOak Real Estate acquired the asset in January 2016 for $390 million (GreenOak merged with Bentall Kennedy in July this year to form BentallGreenOak), undertaking an extensive upgrade and repositioning of the building’s units, common areas and outdoor space that topped $60 million, according to the Wall Street Journal.

The 38-story luxury property was previously known simply as River Tower and built by Harry Macklowe in 1982. Its construction represented Macklowe’s first foray into large-scale residential development. Macklowe resided in the building’s penthouse before selling the property in 2010 to Equity Residential as part of a three-building deal, along with 777 Sixth Avenue and 305 West 50th Street.

Today, its amenities include a new 4,470-square-foot rooftop with a fitness center, an outdoor kitchen, a pet spa and a 1,500-square-foot children’s area with a playroom and game lounge. The property also includes a 182-space parking garage.

“The BentallGreenOak and Slate team added significant value to this property since acquiring it and this was reflected in lender interest as we brought the property to market for financing,” Levine said in prepared remarks. “Ultimately we were able to achieve an optimal structure for the sponsor to continue executing its business plan.”