Jeffrey Weidell, NorthMarq’s Incoming CEO, on His Rise to the Top 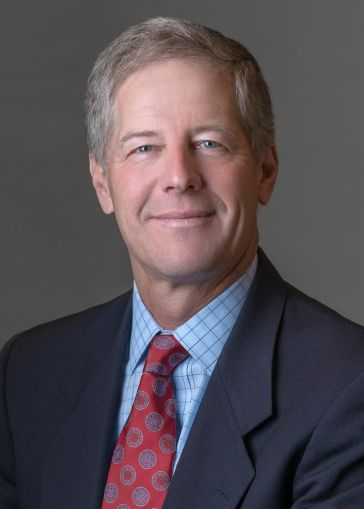 Minneapolis-based NorthMarq, a privately owned finance and investment sales firm, has expanded rapidly in the last two decades, most notably through more than a dozen acquisitions that have helped spread its reach from coast to coast. But throughout, its leadership has been rock steady. A single CEO, Eduardo Padilla, has led the company since 2000.

Padilla announced this month that he’ll step down next year, but guidance from the top remains steady. Padilla will be replaced by Jeffrey Weidell, himself a 20-year company vet who served as managing director of NorthMarq’s San Francisco office before getting a promotion to president six years ago.

The company’s multifamily focus was on display earlier this month in a New York City financing it led, a $52 million Freddie Mac deal for CBZ Management’s 237 Duffield Street in Downtown Brooklyn. But the company is also a dynamic national player in equity investing and investment sales. Commercial Observer discussed with Weidell how NorthMarq has grown and where he sees the real estate market headed.

Commercial Observer: Can you start by telling me a bit about how NorthMarq has evolved since you joined in 2000?

Jeffrey Weidell: We’ve changed along with the industry. When I started, we were largely representing life companies for their commercial real estate debt needs, probably predominantly office. Along came the CMBS run and the crash. When we had the real estate crash, the agencies became a much bigger part of our business. There’s a line in 2009 when the old world order ended and the new world order came into being. For the last decade, we’ve become more than 50 percent multifamily. Agency growth has been a significant part of our growth over the last decade. And related to that is our investment sales business, particularly as it relates to multifamily.

How has your clients’ interest in debt versus equity exposure evolved throughout the business cycle?

We’re matching capital with real estate projects, and we’re looking for places to add value in the market. Increasingly, adding additional equity-like value to transactions — and some of that is high-yield mezzanine, some of it is bridge loan, and some is structured as equity — is a service our clients are looking for.

NorthMarq has opened several new offices under Eduardo Padilla’s leadership. Has that represented a significant expansion of the geographies that you’re focused on serving?

We’ve been national since 2003, when we acquired what was Legg Mason’s mortgage business on the East Coast. NorthMarq had been predominantly, I would say, Chicago-west. Subsequently, we’ve really just been filling in the gaps. If you look at growth markets over the last decade, we’ve found some really good opportunities. We’ve added an office in Salt Lake [City], and just recently we added an office in Austin. We continue to fill out the gap, if you will, in markets like that across the country.

You mentioned that Fannie and Freddie loans have been a growing part of your business. Those loans are relatively standardized, so how does NorthMarq differentiate itself from the agency-lending competition?

I like that question, because we think about it a lot. It’s true. If you’re a seller-servicer of Freddie Mac’s, all the underwriting goes through Freddie Mac. With Fannie Mae, there’s differentiation because we have a loss-share component. But mainly, it goes back to a matter of service. We start with the client relationship and we have a life-of-loan relationship, as we like to say. If the loan and origination is done in the local office, say, Cincinnati, then the Cincinnati producer is involved through the whole life of the loan.

How did you first get into real estate?

Ah, that goes back a while. I went to business school and I had done some work as a consultant, but I realized that that was too far removed from actual business for me. It was writing reports, rather than being actively involved. I looked into real estate as an entrepreneurial business and enjoyed that. I talked to people about being a developer, but it was kind of a down cycle. I’d ask people in the business for informational interviews, and two people the same day gave me the name of a person who became my mentor, who was a mortgage banker. And so I decided to call him, and that was the beginning.

As you think about taking the reins early next year, where do you expect the economy to be?

A year ago, in our strategic plan update, we wrote that we’re in a rising interest rate environment. This year, we wrote a falling-rate environment, which, you know, is not what we would have predicted. We seem to continue to dodge bullets in the industry that can hit us, and yet real estate’s doing well and we’re very much in business producing. But there’s a little bit of a worry that one of these bullets will hit us. We’re running along quite well, but something can trip us up.

What does being well prepared for a downturn really mean? Does that differ for your debt and equity investments?

It does, because on debt, it means that you’re being selectively aggressive, recognizing there can be an end to the cycle. We can afford, when we’re a lender, to hide behind equity a little bit. Whereas as an equity provider, you need a certain level of returns, and there’s a lot of principal at risk. As a mortgage-banking business, we’re like a moderately aggressive investor, and we like to be diversified. So we think we’re well protected in a downturn by covering all areas. We’re still very proud of the life companies we represent, and we have Fannie and Freddie. We’ve increased out relationships with the debt funds. By diversifying, we think we’re as well prepared as anyone.