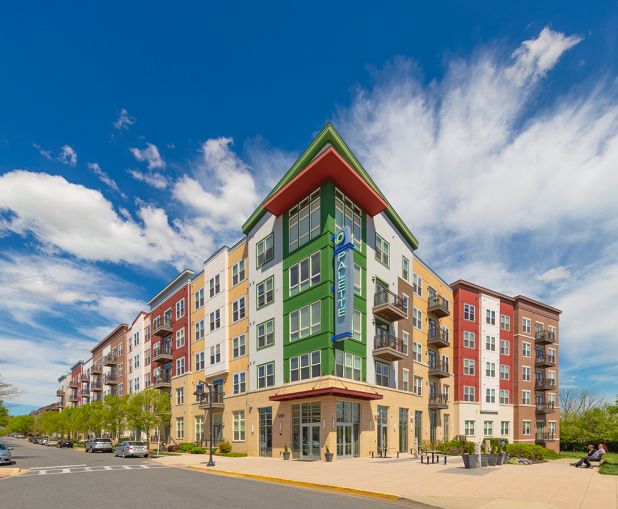 Harbor Group International has acquired Palette at Arts District, a 243-unit multifamily community in Hyattsville, Md., for $58.5 million from a global real estate investment manager, according to JLL, which marketed the property on behalf of the seller.

Located at 5501 45th Avenue in the city’s popular Arts District, the community was built in 2012 and sits on 3.75 acres. The property is close to Washington, D.C.’s central business district and just minutes away from Prince George’s Plaza Metro Station. It’s also less than a mile from the Riverdale MARC Station.

“We are excited to acquire Palette at Arts District, in the growing Arts District of Hyattsville,” Matthew Grabler, Harbor Group’s managing director of acquisitions, told CO. “Given the trajectory of the submarket, as evidenced by the influx of infrastructure and nearby retail amenities, we believe the property is well positioned for future success.”

The community offers studio, one- and two-bedroom floor plans averaging 870 square feet and has an additional 4,700 square feet of ground-floor retail, currently leased to PostNet through January 2025 and Fresh Dry Cleaners through August 2020.

According to Grabler, the new owners will update common areas at Palette at Arts District with exterior paint, do a hallway refresh and also plan improvements to the clubhouse.

Harbor Group now has more than 5,000 apartment units in the state of Maryland.