From ‘Succession’ to ‘This Is Us’, Owners Dish on Their Top TV, Movies and More 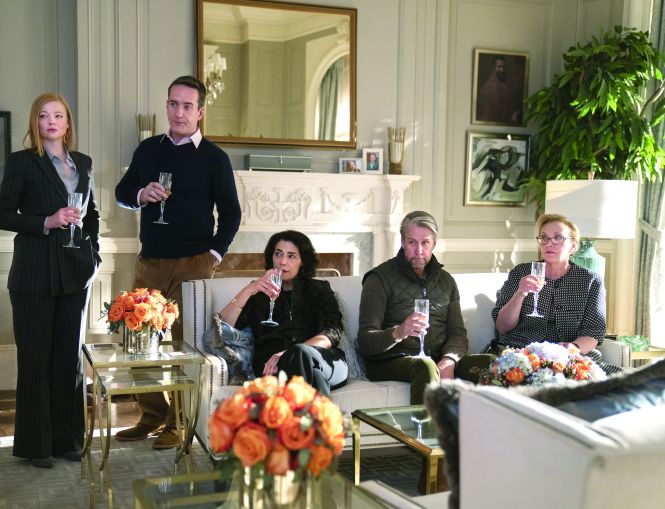 'Succession' is (no surprise) a big hit among NYC's owners. HBO.

Is it really a surprise that when a survey goes out to real estate professionals the popular answers are “Succession” and “Ray Donovan” for their favorite TV shows?

Both programs provide a glimpse into the world of wealth and power (something our respondents have at least a passing acquaintance with) and offer a take that’s at once seamier and glitzier than the real thing. I mean, the very title “Succession” has to trigger something in the minds of the scions of New York’s real estate families!

Owners have a thing for drama and seriousness when it comes to their TV (other popular answers were “The Sopranos”, “The Wire” and “60 Minutes”) — and not even straight-up action drama. “This is Us” is Scott Rechler’s favorite TV show. “I love a good cry,” he said.

Comedies? A few, but not as many as one might expect. Not a single respondent answered “The Simpsons” — even though the show is the longest running scripted series in TV history. But Anthony Malkin is a fan of “The Big Bang Theory.”

Movies were packed with action and gore, although the most popular pick — Quentin Tarantino’s “Pulp Fiction” — contains plenty of comedy in between the blood. “The Godfather” was the only movie besides “Pulp Fiction” that captured the fancy of multiple respondents (Nelson Mills prefers the sequel to the first one). But several comedies wended their way onto the list: Winston Fisher’s favorite movie is “Airplane!”; Gregg Schenker’s is Woody Allen’s “Broadway Danny Rose” and Eddie Murphy captured two spots for his roles in “Trading Places” (Douglas Durst’s favorite) and “Coming to America” (Meredith Marshall’s).

This crowd keeps in character for their profession when it comes to their favorite books. While there were certainly some pieces of highbrow fiction — “War and Peace” is Nicholas Bienstock’s fave (his lowbrow favorite is “The Hitchhiker’s Guide to the Galaxy”) and Dostoevsky is beloved by cousins Jake and Justin Elghanayan — Robert Caro, the great chronicler of master builder Robert Moses, earned the love of Keith Rubenstein, Christopher Conlon and David Kramer. (Kramer, however prefers Caro’s four-volume — and still in-progress — treatment of Lyndon Johnson.)

When it comes to vacation spots, while there are a few skiers (Leslie Himmel, Marty Burger, Steve Kaufman, Daniel Moore and Tommy Craig) but by and large this group does their vacationing in warm, tropical climates.

And, while at least one respondent said their favorite restaurant was Peter Luger (Jeff Gural), you shouldn’t believe the stereotypes about real estate pros. They’re not all steakhouse fiends. You’re much more likely to find them tucking into the black miso cod at Nobu than a porterhouse for two.