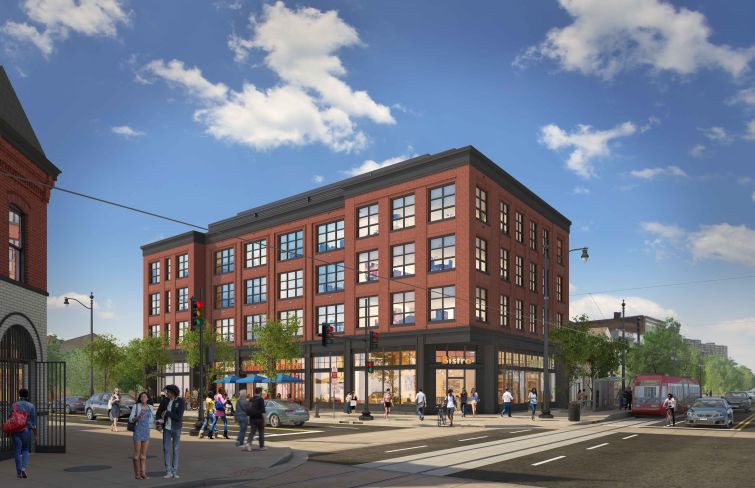 Mozzeria, A Neapolitan-style pizzeria that’s run entirely by deaf workers, has leased approximately 2,800 square feet at the Baldwin, a mixed-use building being developed in Washington, D.C. by Insight Property Group, according to Miller Walker, which represented the lessee in the deal.

“This is a unique pizzeria from the West Coast, owned and operated by a deaf couple who met while at Gallaudet University, so when thinking about a D.C. location, they wanted to be near that community,” Alex Walker, Miller Walker’s principal, told Commercial Observer. “H Street is pretty close to Gallaudet and a really dynamic restaurant and entertainment corridor.”

Located at 1300 H St. NE, at the corner of 13th Street NE and H Street NE, the four-story building consists of 33 units and 5,950 square feet of ground-floor commercial space, and is scheduled to open in December.

Mozzeria will move into the space in the spring of 2020.

“We looked at a number of different properties in and around the area and this one stood out because of both where it was located in the entertainment zone, and the nature of the space itself,” Walker said. “This is a new residential building that offers a space with a high ceiling, beautiful patio and on a corner.”

According to Walker, the H Street Corridor is a popular commercial and creative hub in D.C., and offers a large entertainment district that retains a distinct neighborhood character. The Baldwin is situated across from the historic Atlas Performing Arts Center and is close by numerous bars, music venues, independent retailers and high-end residences.