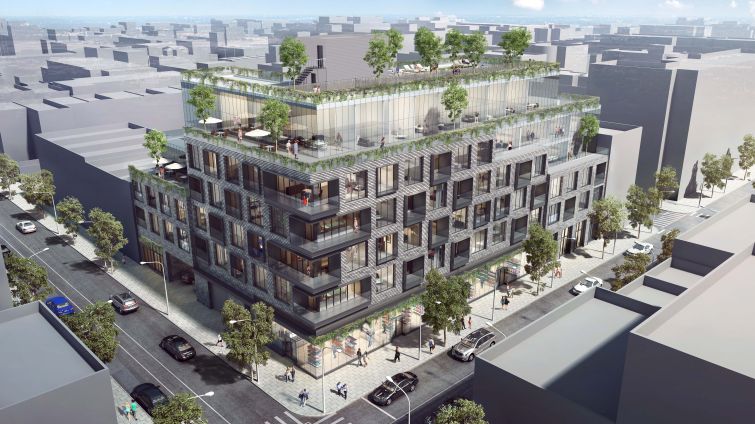 When completed, the six-story, 122,000-square-foot building will house 44 residential units and include 30,000 square feet of commercial space as well as 111 parking spaces. The development is set to feature 175 feet of frontage along Driggs Avenue.

“Working with Bank Leumi and Northlink was a pleasure,” Betesh said in prepared remarks. “We’re excited to have been a part of this project and the continued development in Williamsburg. 510 Driggs is one of the last prime development sites in Williamsburg and we’re certain it’s going to be another great success.”

A Wonder Foods warehouse previously sat at the address before its demolition in 2006. Brooklyn developer Alliance Private Capital Group acquired the development site in 2014, before selling to Northlink— the development affiliate of Hampshire Properties—in August 2017. Northlink filed plans for the new structure at 510 Driggs Avenue in May 2018.