Why Schools Are Well-Matched for Office and Residential Buildings 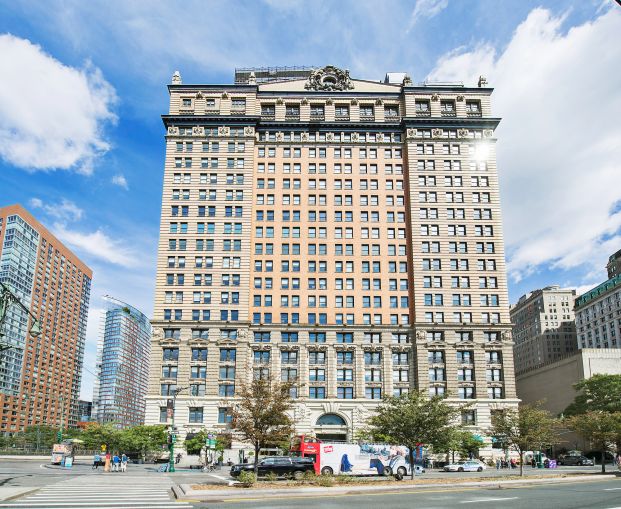 Traditionally, the concept of “mixed-use” in New York commercial real estate has included a familiar set of well-matched categories, such as retail and office or retail and residential.

But a new factor has entered the equation of late, as schools, once primarily seen as majestic stand-alone buildings throughout the city, are increasingly being developed in, or attached to, buildings marketed for other uses.

Moinian has numerous schools in its buildings, with two new ones about to open in the company’s developments: The Learning Experience early education academy will take 12,000 square feet within Oskar, Moinian’s luxury rental building at 572 11th Avenue, and The Titus School will occupy 24,000 square feet at the company’s 90 John Street property.

The Moinian Group is also developing a 45,000-square-foot community facility at their first Brooklyn project, located at 123 Linden Boulevard. The intention is to attract a school at the base that will provide education for both the neighborhood and 467 luxury apartments that sit on top. The project just launched leasing and is named PLG.

Gregg Weisser, Moinian’s executive managing director for commercial & retail leasing, notes that the company already has a history of placing schools in their buildings.

“The hosting of schools was not necessarily a conscious decision until recently. We have a city school in 17 Battery North,” he said, referring to the GEOS Language Plus school, “and we have the New York Film Academy taking well over 80,000 square feet in 17 Battery South. We also have other schools at 535-545 Fifth Avenue in Manhattan. These are tenants who, over the past several years, decided to move into our buildings.”

Weisser attributes the influx of schools into non-traditional spaces to the increasing specialization of the educational market.

“When we were kids, there was the public school, and there was the private school, then high school and college,” he said. “Now there are schools for everything you could possibly think of. Trade schools, charter schools — education is a growing business that wasn’t around in this form 20 or 30 years ago.”

This new trend is also being driven by changes in what constitutes a residential neighborhood. New York City’s building boom has brought greater residential density into previously industrial or office-heavy neighborhoods, such as Long Island City, the Financial District, or portions of Manhattan’s west side. Increasing concentrations of residential buildings equates to a greater need for schools in these neighborhoods.

“The area of town where we have Oskar has somewhere between 6,000-8,000 apartments in a two-square-block radius. That makes it a highly residential community,” said Weisser. “If you’re catering to young children, you don’t want to send them across town. You want them to walk to school. So, schools target areas where they know their clients are going to be.”

While schools might seem an odd mix with office spaces or luxury residential rental apartment buildings such as Oskar, Weisser notes that in most cases, the schools will be almost fully separate from the rest of the buildings they inhabit, standing in many cases as “a building within a building.”

“The CO for a school is different than it is for an office space,” said Weisser. “In the case of 90 John Street, we had to create a separate entrance for The Titus School. They needed separate elevator treatment. For Titus, it’s sort of like a building within a building. Titus has its own entrance, transportation, everything”.

This also indicates that in the case of schools within residential buildings, the prime customer base for these schools will not necessarily be within these buildings themselves. Due to that “building within a building” nature, tenants with children in these schools will be able to regard them as worthy amenities, while childless residents can go about their days blissfully unaware that a school is even there.

“Our luxury rental buildings, like Oskar and Sky, have a lot of young urban professionals living there,” Weisser said. “I don’t think The Learning Experience took space in our building to cater to families renting space in our building. The thousands of apartments up and down 10th and 11th Avenues on the side streets, be they rental, condo, or co-op, have a lot of families living in them.”

Moinian’s increasing involvement with schools comes from a desire to serve a clearly growing need.

“Moinian was founded by an individual, Joe Moinian. He’s not a REIT, and he’s not an institutional owner,” said Weisser. “Joe understands what schools need far better than many other owners because he has many of them in his existing portfolio. Also, Joe is extremely philanthropic — he’s even purchased land in New Jersey and given it to kids with special needs. So, it’s not a great stretch for him to get involved with a school, as it might be for a REIT that doesn’t typically deal with schools or colleges. Between the familiarity, his fondness for the tenant type, and his willingness to do this, Moinian’s continuing to attract that vertical is something that works.”

As the education market continues to expand in numerous directions, companies like Moinian will be integrating schools into their properties in ever-creative and surprising ways.

“Think about charter schools, think about schools with special needs students. Think about all kinds of new requirements that are either fueled publicly or privately, and are more specialized now than they’ve ever been,” said Weisser. “There’s a whole swath of the educational community that we euphemistically called ‘schools’ that are out there as potential tenants.”