West-of-Hudson Towns Have Unreliable Rail Service. What Does That Mean for Their Real Estate? 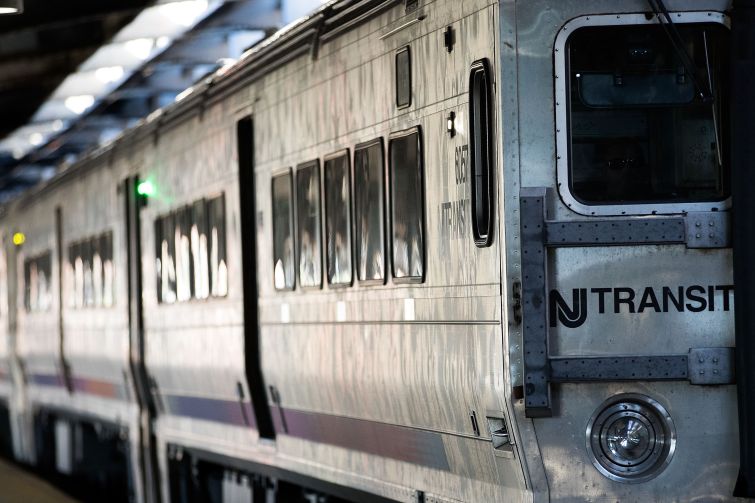 Rockland and Orange Counties are like the awkward stepchild of the tri-state transportation system.

Metro-North owns the tracks for the two lines that run to the New York towns situated west of the Hudson River, but the rail service is operated by New Jersey Transit, which controls all of the tracks and stations to the south. The tangled mess of public agency responsibilities has led to frequent train cancellations on the two lines that serve this part of New York, frustrating commuters and leading to the lowest ridership numbers of any rail lines in the region.

The service has been so poor that the Metropolitan Transportation Authority — which collects hundreds of millions annually in taxes from Rockland and Orange Counties — decided not to raise fares on the Metro-North lines west of the Hudson this year. Last year, NJ Transit cancelled 270 trains on lines west of the Hudson, a 90 percent increase over 2017, according to Metro-North statistics.

Rider satisfaction is also rather low. Riders on the Port Jervis line, which mostly serves Orange County, reported 77 percent satisfaction with NJ Transit’s service. Meanwhile only 44 percent of the commuters on the Pascack Valley line, which runs to Rockland County, said they were satisfied with the rail service, according to a March survey conducted by Metro-North. Last year, NJ Transit cut two daily rush-hour express trains on the Pascack Valley line so that it could install positive train control, while the Main and Bergen County lines to Suffern lost four scheduled daily trains.

The impact of shoddy rail service on the real estate markets in Metro-North-connected towns like Suffern, Spring Valley, Nanuet and Pearl River is unclear. Local politicians and transit advocates argue that the struggling service is driving away millennials and Gen-Z-ers who don’t want to have to rely on cars, and making it harder to build developments near rail stations that would cater to younger residents.

The towns of Nanuet and Pearl River are both planning transit-oriented developments next to their train stations. And next to the Harriman train station in Woodbury, Manhattan-based developer Besen Group is planning 1,475 homes across 10 apartment buildings and 336 townhouses. So while these projects may be a few years away from completion, NJ Transit’s questionable service will likely only become a bigger issue for developers and riders in the years to come.

The west-of-Hudson lines are so unreliable or infrequent that many commuters bound for New York City simply drive. And it’s not an easy commute by car, considering the $5 eastbound toll on the new Tappan Zee Bridge (which will rise to $10.50 next year), the traffic congestion in northern New Jersey and the $10.50 (or higher) toll crossing into New York City on the George Washington Bridge.

Besides installing positive train control, NJ Transit’s reasons for delays and cancelled trains include labor shortages, equipment failures, a lack of rail cars and signal and switch problems. The agency has struggled to retain qualified engineers to operate its trains, and many have been hired away by Metro-North, according to recent reporting by local outlet LoHud.

Metro-North has been hiring engineers steadily over the past few years in preparation for a wave of retirements, per LoHud, and it pays engineers for days where they essentially serve as backups for colleagues who might call in sick or take vacation. In January alone, Metro-North paid its engineers for 664 days when they didn’t have to show up for work, the Hudson Valley outlet reported. In May, Metro-North struck a deal with its union, the Association of Commuter Rail Engineers, to allow just six of its engineers to work six-month stints on the west-of-Hudson lines after completing a training program.

“NJ Transit is continuing to work hard to improve service for all of our rail customers — that includes the December 2018 Board authorization to purchase 113 new multilevel rail cars, the purchase of 17 new dual-mode locomotives, and an extensive effort to recruit new locomotive engineers, which has been very successful,” NJ Transit spokeswoman Kate Thompson said in a statement. “In order to build ranks of engineers to better serve riders, NJ Transit has increased the number of engineer training classes to a record-setting seven classes running concurrently. One class graduated earlier this year and three more are scheduled to graduate over the next four months.  Over the past year, we’ve hired more than 100 locomotive engineer trainees.”

But Rockland County Executive Ed Day, for one, has had enough.

“Calling the service terrible would be an understatement,” said Day, a second-term Republican who was first elected in 2013. “They are basically chasing away commuters. We’re trying to do transit-oriented developments but it’s a chicken and egg situation. If we don’t improve the transit, we’re never going to attract millennials.”

Day pointed out that the MTA’s new $5 billion capital plan only allotted $187 million for rail improvements west of the Hudson — a relative drop in the bucket.

“Is that really a fair approach given the crisis we’re seeing right now when it comes to public transportation system? No other county in the region is in this position and most of this capital plan is geared toward Long Island anyway.”

Last month, Day penned a detailed letter to MTA chairman Patrick Foye and Metro-North chairwoman Catherine Rinaldi that demand new train cars for the west-of-Hudson lines, new passing sidings that would allow simultaneous express and local service, and improvements to rail stations in Rockland County. He also asked for funding for the Gateway Tunnel and Bergen Loop projects, the latter of which would be built near Secaucus and give riders a one-seat ride to New York City. Currently, riders on the Pascack and Port Jervis lines must transfer to a second NJ Transit train at Secaucus to reach the city.

In response, an MTA spokeswoman noted that the $187 million for west-of-Hudson improvements includes updates to three stations, the completion of positive train control installation on the Port Jervis line, and rehabilitation of bridges and viaducts.

“We propose[d] on-going investment in the Port Jervis Line expansion project, with plans to begin construction of passing sidings and the first phase of design-build construction of a mid-point yard, as well as continued state-of-good repair work,” said Metro-North spokeswoman Nancy Gamerman.

The rail service “can’t get any worse than it is now,” said Randy Glucksman, the chair of the Metro North Commuter Council and an MTA board member. He said that NJ Transit had claimed it would restore the cancelled express trains earlier this year but it had not yet done so.

Glucksman added that he hadn’t seen any evidence that NJ Transit had done work on positive train control since cancelling the express trains. The scheduling change really happened “because they didn’t have enough engineers to run the trains,” he said.

Jon Shafran, who runs Orange County development firm JK Development with his wife Karen, said he didn’t feel like the train service had impacted his ability to sell homes. Shafran is currently developing several homes in Warwick and has built in Monroe and Sugarloaf in the past.

But he did note that many of his buyers opt not to commute to the city at all. “We have a lot of customers where one spouse is working from home for a lot of the week,” said Shafran. “People aren’t even commuting, or they’re taking jobs in northern Jersey or Westchester.” He added that many people don’t discover the issues with the train lines until after they purchase a home in Orange County.

“It’s gotta be real discouraging,” he said. “People that are buying a new home and they’re not finding out about these delays until after they start commuting.”

The unreliable train service may be contributing to lower real estate values in Rockland County compared to similar parts of Westchester County.

“I think there’s a very well-established connection between real estate value and access to the biggest labor market,” said Regional Plan Association transit fellow Rachel Weinberger. “We saw it when NJ Transit started implementing the Midtown direct service, property values went up along those lines because good reliable service was being provided.”

Jim Evans, a longtime investment sales broker for Marcus & Millichap who specializes in the lower Hudson Valley and Connecticut, felt that part of the reason ridership on the west-of-Hudson train lines was low was because the lines don’t serve enough towns.

“If you look at the land mass of [Orange and Rockland] counties, [the rail lines] don’t really hit that much of the area. Obviously for those towns where it does it’s important. It’d be great if they expanded the lines but [NJ Transit] would have to overcome their own problems first.”

“If the train service is not improved, it’s a little bit of a conundrum for the investors that would potentially build those sites and the residents that would come to those locations,” he said. “The county and the state need to make that capital investment to get that ridership and development.”