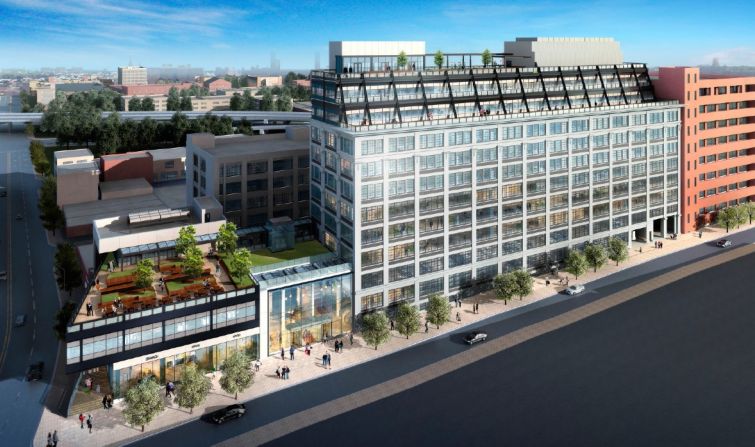 A rendering of the most recently published plans for the 29 Ryerson Street project Photo: CoStar Group

Sela Group has paid $55 million for a development site in Brooklyn with help from a $42.5 million mortgage, according to New York City property records.

Madison Realty Capital is the previous owner of the former industrial site, across from the Brooklyn Navy Yard in Clinton Hill, and will remain involved in the project’s development as a partner, according to a spokesman for the company. MRC bought the site in 2015 with plans to convert it into office space, but began marketing it for sale in the spring of 2018, according to a report in Crain‘s.

A website for the development project, at 29 Ryerson Street, includes renderings of the building’s proposed conversion to creative-office use, in a design that includes existing structures and new-construction additions. The project, branded Turbine, would include 280,000 square feet of commercial space in a 12-story building. It would also have on-site parking, high-design common spaces and several private terraces.

It was unclear whether the acquisition by Sela, a Long Island City-based firm led by Gal Sela, will alter plans for the site. The company did not immediately respond to an inquiry.

“Madison Realty Capital is excited to partner with Gal Sela of the Sela Group to continue co-developing 29 Ryerson,” an MRC spokesman said in an email.

The $42.5 million debt package that Sela used to finance the property is from Maxim Capital Group. It includes $18.9 million in new debt as well as $22.6 million in previous leverage on the property, provided by Emigrant Bank during MRC’s tenure as the project’s lead developer.

The financing is also secured by another property Sela recently acquired, in Queens: 39-35 27th Street. That Long Island City site, previously owned by Dutch Kills Partners, was meant to become a nine-story boutique hotel, but the development company, led by Steven Baharestani, began backing away from those plans as early as 2014 in the face of stiff competition and opposition from local residents, according to the Queens Courier.

Sela finally bought the site from Dutch Kill for $9.1 million this June.

Representatives for Maxim, a New York-based lender that, by its own account, “specializes in providing short-term capital for commercial real estate opportunities,” did not respond to a request for comment.