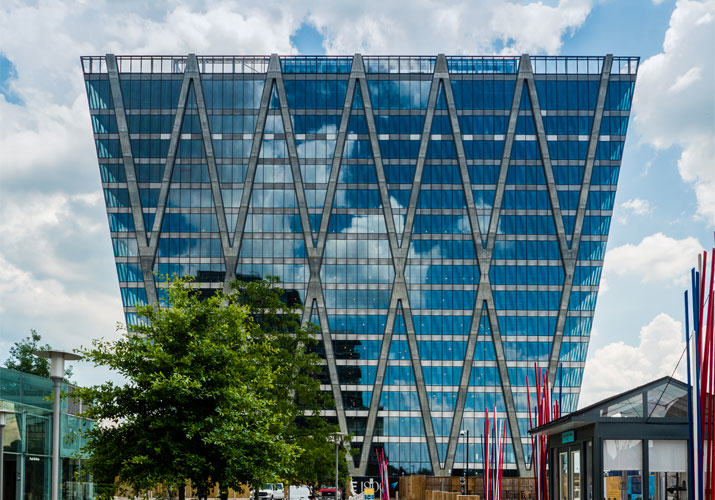 Rolls-Royce North America is relocating its North American headquarters to a 17,000-square-foot space at 1900 Reston Metro Plaza in Reston Station, an office complex in Reston, Va., developed and managed by Comstock.

The company, which specializes in developing aircraft engines (and is not affiliated with the carmaker of the same name), will relocate its headquarters from 1875 Explorer Street in Reston Town Center to the new space in early 2020, according to Comstock. It will be taking the entire fourth floor of the 16-story glass tower.

“As a pioneer in the industrial technology and engineering sector, we are thrilled to have such a high-caliber tenant in this space,” Tim Steffan, Comstock’s executive vice president of asset management, development and leasing, told Commercial Observer. “Their addition to the project’s tenant roster adds tremendous talent to an existing highly educated workforce and reinforces the project as a leading headquarters location for employers in the region.”

The Reston Station neighborhood is quickly becoming a leading mixed-use, transit-oriented development in the D.C. region, with top office properties; numerous residential buildings planned, under construction or completed; and a host of new retail options.

The project is “in a previously underutilized location along the Dulles toll road that will provide companies the opportunity to move their workforce to an accessible mixed-use project, with unparalleled signage along Interstate 267 combined with an efficient floor plate and onsite metro access along the Metro Silver line,” Steffan said.