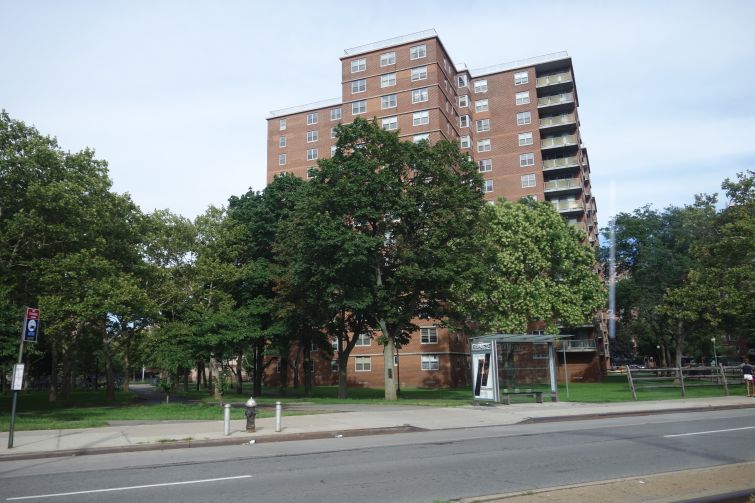 The sprawling Rochdale Village apartment complex in southeastern Queens has landed a $195 million refinancing from Wells Fargo, city property records show. The loan appears to significantly upsize the most recent debt package obtained by the property, a $130 million financing — also from Wells Fargo — that dates back to 2014.

The 20-building, 120-acre site is structured as a cooperative: It is owned by residents, who must buy equity in the co-op in addition to paying monthly carrying charges. It was built in the early 1960s under the Mitchell-Lama affordable-housing program on the former site of Jamaica Race Course, a horse-racing track. It sits on a campus bounded by Baisley Boulevard, Guy R Brewer Boulevard, Bedell Street and 137th Avenue, near the Addisleigh Park and Springfield Gardens neighborhoods about a mile north of Kennedy International Airport.

At completion, it was the largest co-op development in the world, an title it held until being displaced by Co-op City in the Bronx in 1973, according to The Cooperator, a website that tracks the industry.

According to its website, the complex is fully occupied and there’s a waitlist at least three years long for an apartment in the facility, which includes units that range from one to three bedrooms. Renters for one-bedroom apartments have to buy about $11,000 worth of co-op equity and pay monthly rent between $650 and $750 per month. Renters of the biggest three-bedroom units must buy $23,500 worth of equity and then spend about $1,500 per month in rent.

The 5,860-unit complex was first proposed by city-planning grandee Robert Moses and designed by architect Herman Jessor. who also planned Chelsea’s Penn South development and the Lower East Side’s Cooperative Village, both in Manhattan. It took its name from the Rochdale Society of Equitable Pioneers, a foundational co-op society founded in Lancashire, England in 1844.

In addition to its apartment buildings, the Rochdale complex in Queens includes commercial space rented by a medical office and two supermarkets, as well as outdoor recreation facilities that boast a community garden, a baseball field and basketball, handball and tennis courts.

Its development was guided by the Mitchell-Lama program, a New York State initiative begun in 1955 to promote affordable housing. The program allowed cities and towns to take over land through the use of eminent domain and turn it over to developers, who received tax abatements and guaranteed investment returns for their trouble.

A spokeswoman for Wells Fargo didn’t immediately respond to an inquiry.