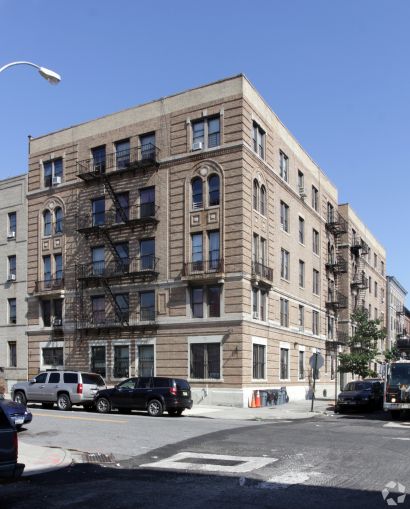 The owners of a portfolio of 128 rent-stabilized apartments in Clinton Hill, Brooklyn — which recently reached a settlement with the New York Attorney General’s office over tenant harassment — filed for bankruptcy, court documents show.

Clinton Hill GP LLC — a joint-venture between East Coast MIG and HQ Real Estate — filed for Chapter 11 for its four contiguous properties at 90 Downing Street, 27 Putnam Avenue, 423 Grand Avenue and 429 Grand Avenue with more than $60 million in debt on the entire portfolio, according to the filings obtained via Nationwide Research Company.

The lawyer for the LLC, Mark Frankel of Backenroth Frankel & Krinsky, declined to comment.

One of the largest claims in the four filings is $29.3 million owed to Delshah Capital, which acquired the debt on the properties last year through an affiliate in an attempt to sell the portfolio after the bankruptcy proceedings.

“As the lender, we are pleased to work through a restructuring plan with ownership that will result in rectifying the operating, regulatory and capital structure issues at this fantastic asset,” Michael Shah, the founder of Delshah, said in a statement.

East Coast MIG and HQ bought the four Clinton Hill buildings — which have a combined 104,365 square feet — in 2015 for $38 million, as Commercial Observer previously reported.

The owners hired California-based Coastline Apartments to manage the property and almost immediately Coastline started sending out letters threatening to evict tenants over unpaid rent despite residents claiming to be up to date on payments, Bklyner reported.

Tenants founded the Grand Putnam Tenant Association and filed a lawsuit against Coastline in 2016 claiming the management company and owners failed to repair a myriad of issues including cracked walls, leaks in the plumbing, and holes in the ceilings, according to Bklyner.

The portfolio had more than 325 violations from the city at one point and on the morning of January 1, 2018, the ceiling of 425 Grand Avenue’s lobby collapsed, Bklyner reported.

In September, Attorney General Letitia James reached a settlement with the owners over sending wrong arrears and eviction notices, illegally increasing the rent of some units and construction harassment of tenants. Under the agreement, 82 residents will receive a $6,500 rent credit from the owners.

Adam Stein-Sapir, a co-managing partner of Pioneer Funding Group which specializes in analyzing and investing in bankruptcy cases and is not involved in the case, said it was unlikely the bankruptcy would affect the tenant’s settlement but it makes it more unlikely owners would keep up repairs with the properties.