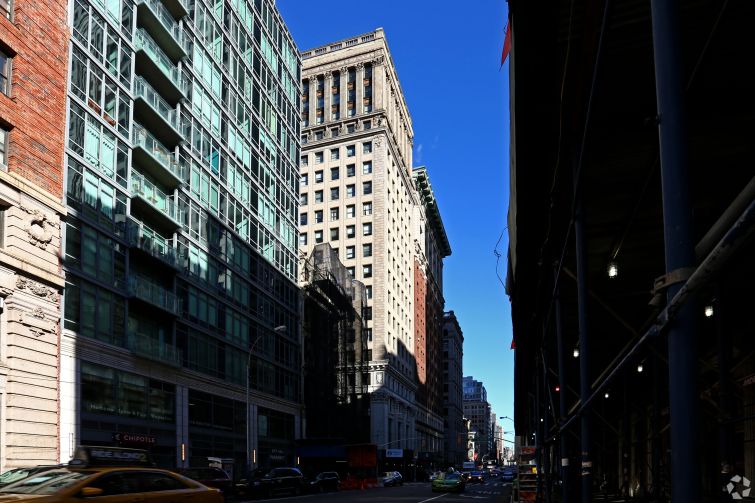 Glenmark Realty has upped its debt on a Tribeca office building to $46 million through a refinancing with New York Community Bank, according to records filed with the New York City Department of Finance today.

The loan refreshes the outstanding balance of the previous financing on the property, a $41.4 million round of debt that closed in 2016, and adds an additional $6.5 million mortgage. New York Community Bank has served as the building’s primary lender for 17 years, since it took over from Israel Discount Bank of New York in 2002.

The building, at 291 Broadway, went up in 1911 as the headquarters of East River Savings Bank, a 19th-century institution that survived until the savings and loan crisis in the 1980s. The 19-story building was also home to YMCA‘s main U.S. offices starting in 1945, until the organization moved its central operations to Chicago 35 years later.

Today, tenancy in the 133,000-square-foot building is far more diverse, according to data from CoStar Group. The biggest lessee is Downtown Dance Factory, which leases 13,000 square feet on the fourth and fifth floors for studio space where it holds lessons for children and adults. (There’s also another dance studio on the third floor.) Other tenants include a heaping spoonful of small law firms, some engineering companies and several medical and therapy suites.

Glenmark itself is based on the building’s 19th floor. It signed for the New York Community Bank loan via an affiliated company, Sutton Management.

Spokespeople for Glenmark and NYCB did not immediately respond to inquiries.