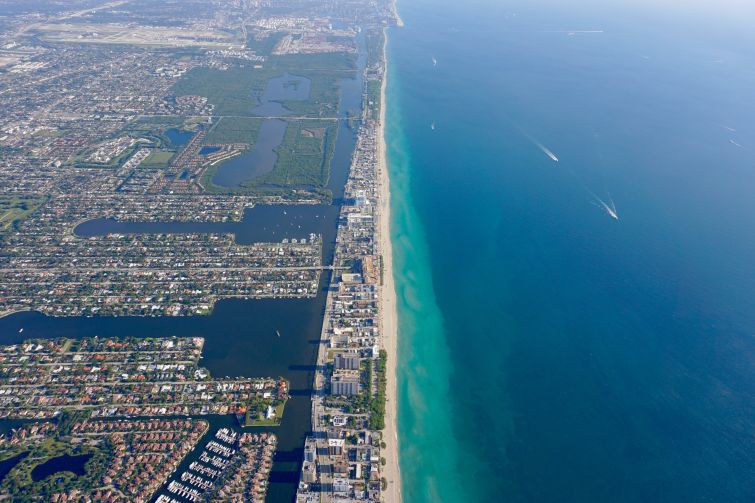 Lloyd Jones, a multifamily investor based in Miami, has sealed a $36.1 million loan from MetLife to buy an apartment complex in Pembroke Pines, Fla., the lender announced this week.

The five-year loan comes at a 65 percent loan-to-value ratio, according to Berkadia, whose debt advisory team found the financing on behalf of the buyer. That implies an approximately $55.6 million valuation for the 206-unit garden-style complex, known as Ventura Pointe Apartments.

Palm Beach Gardens, Fla.-based Eastwind Development conceived and built the project, finishing just last year, and is the seller in the Lloyd Jones deal. The resulting property stands at 7850 Pasadena Boulevard in the Broward County city, about 10 miles southwest of Fort Lauderdale and 15 miles northwest of Miami.

“There’s been tremendous employment growth to the north and the south, with Fort Lauderdale, Miami and other large employment centers within a short distance,” Charles Foschini, a Berkadia executive who worked on the deal, said. “And the asset itself is of a Class A nature, recently constructed”

He said that MetLife’s side hustle as a multifamily landlord in South Florida made the institution a perfect fit as lender in Lloyd Jones’ acquisition.

“MetLife is not only the lender on this asset, but also owns or has loans on several assets in the vicinity,” Foschini said. “It knows the markets here really well, and [its presence] underscores the strength of this asset and of the market.”

Ventura Pointe has a mix of one-, two- and three-bedroom apartments split out into several four- and five-story detached buildings, each with elevators. Residents have access to a swimming pool, a clubhouse and two parks: a two-acre park for people and smaller one for pets.

Pembroke Pines, founded in 1960, is a relatively young city, but it’s now Florida’s tenth largest with an estimated population of 172,000, according to the Greater Fort Lauderdale Alliance. Only one of the state’s nine larger cities, Port St. Lucie, was incorporated more recently. Aside from the local schools and hospital networks, major employers include staffing firm GDKN Corporation and auto-parts manufacturer Holman Enterprises.

Websites that advertised apartments in the complex before the sale — which have since been taken down from the Internet — listed monthly rents between $1,685 and $2,575.

A spokesman for MetLife did not immediately respond to an inquiry. A spokeswoman for Lloyd Jones referred to a previous statement from the company’s CEO, Christopher Finlay, citing his excitement about the South Florida multifamily market.