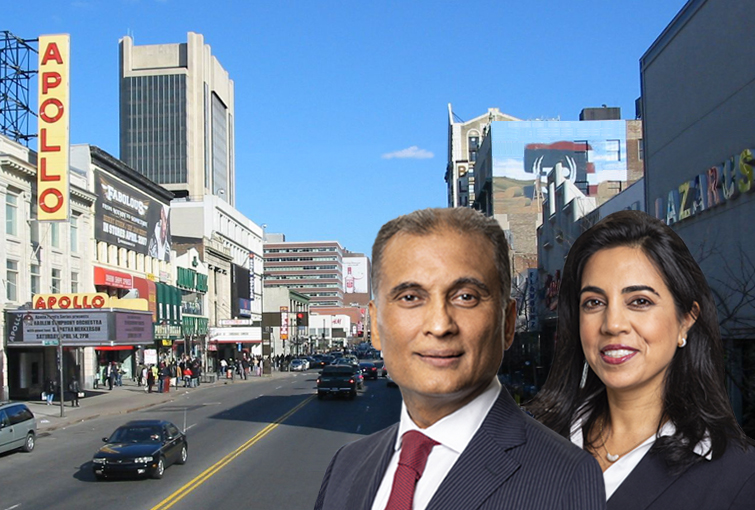 Perceptions of boundaries, however, are changing along with shifting demographics, says Meridian Managing Director Shallini Mehra, who works on Team Doshi, a team led by Amit Doshi of Meridian Investment Sales. She points to three neighborhoods that combine preservation, progress and affordability, attracting residents for the long-term and investors alike.

The revitalization of Harlem along 125th Street serves as a model for other neighborhoods in northern Manhattan, according to Shallini. The 125th Street retail corridor’s foundation was further solidified with the “Whole Foods Effect.” In addition, Columbia’s Manhattanville campus, which has brought more educational, cultural and economic opportunities to the area, combined with many new residential developments, make Harlem a vibrant and dynamic destination in New York City.

Of particular note is the redevelopment of the Victoria Theater at 233 West 125th Street. The project, developed by Exact Capital and Lam Group, encompasses a Renaissance by Marriott hotel, a ballroom, an arts center with two black-box theaters, retail space, a garage, and a residential building with a mix of unit types, 50 percent of which will be affordable.

According to Craig Livingston of Exact Capital, “We wanted to add to, and build on, Harlem’s character and culture,” he says.  “As a large-scale, mixed-use facility, it will increase the economic vitality of 125th Street, in a way that incorporates the vibrant Harlem community and the rich cultural legacy of the area.”

Hamilton Heights is another example of preservation combined successfully with progress. Shallini spent a lot of time in the area when Team Doshi was marketing a five-story, mixed-use, walk-up building across from City College. The team closed the sale of 1588 Amsterdam Avenue earlier this year for $16.8 million, which translates to $435 PSF and reflects the appeal of the solid retail, strong location, and student population.

“Everywhere you look, you see beautiful Gothic buildings with Romanesque arches and terracotta details,” Shallini notes. “In addition, you’ve got the Harlem School of the Arts, St. Nicholas Park and the hustle and bustle on Broadway. But amid the historic architecture and culture is a young and vibrant college community, with students from CCNY and nearby Columbia seeking quality and convenience. High demand for area housing is a given, and investors have taken note.”

Team Doshi’s latest focus is Inwood, which a recent article in The New York Times described as “One of New York City’s untouched gems” and “The most affordable neighborhood in the city’s most expensive borough.”

The team was recently appointed to sell two rent-stabilized, renovated prewar properties in the neighborhood at 20 Sherman Avenue and 152 Sherman Avenue. Amit Doshi points out that, “Despite the rent law changes, we are getting strong investor interest as the landlord, Barberry Rose Management, has maintained these assets in excellent condition, and they are priced to sell in today’s market.” He further adds, “Our focus is to work with landlords such as Barberry Rose who not only have impeccable records, but also have created a positive living experience for residents.”

“One of the reasons all of these neighborhoods are flourishing is because of the expansion of quality housing options,” says Shallini. “It’s not just affordable housing anymore. Mixed-income properties cater to varied demographics and this is critical to neighborhood diversification.” In addition to affordability, Inwood is truly unique with all of its surrounding parklands, including Inwood Hill and Fort Tryon Parks.

Up-and-coming neighborhoods in northern Manhattan create opportunities for investors who have shifted focus outside of New York City based on returns.

“The new laws surrounding rent regulation have altered metrics and pricing, resulting in investors focusing more intensively on cap rates,” Shallini observes. “Cap rates for well-maintained, rent-stabilized buildings are becoming more closely aligned with the cap rates of assets outside of New York City, so in a sense you could say that the New York market has become more approachable.”

Amit concludes, “The New York City market is still in flux, but it’s clear that demand for quality buildings in neighborhoods like 125th Street, Hamilton Heights, and Inwood will only grow with shifting demographics. As the perceived northern borders of Manhattan rise, so too will investment in the neighborhood gems along the way.”

Shallini Mehra, managing director at Meridian Investment Sales, can be reached at (212) 468-5958 or smehra@meridiancapital.com.