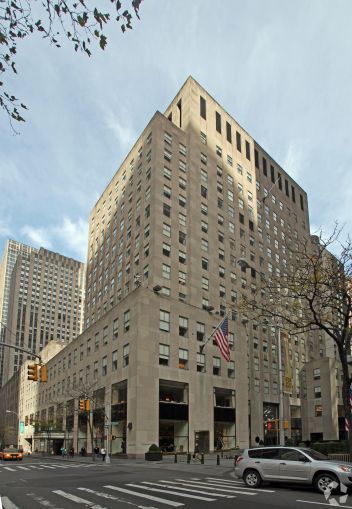 Katten signed a deal for 125,000 square feet on the fifth through ninth floors of Tishman Speyer’s 50 Rockefeller Plaza between West 50th and West 51st Streets, The Real Deal first reported. A spokesman for the landlord would not provide terms of the deal, but CoStar Group data shows average asking rents in the building are $84 to $103 a square foot.

The Chicago-based law firm currently has offices at 575 Madison Avenue between East 56th and East 57th Street and plans to move its more than 200-person New York City workforce to Rockefeller Center in spring 2022, according to the law firm.

“The move to a new office space in New York’s iconic Rockefeller Center is very exciting and will be another attractive aspect of Katten New York that helps us draw and retain top talent,” Chris DiAngelo, a managing partner of Katten’s New York office, said in a statement. “This relocation also will offer our attorneys, staff and clients a high-quality work environment at a premier destination.”