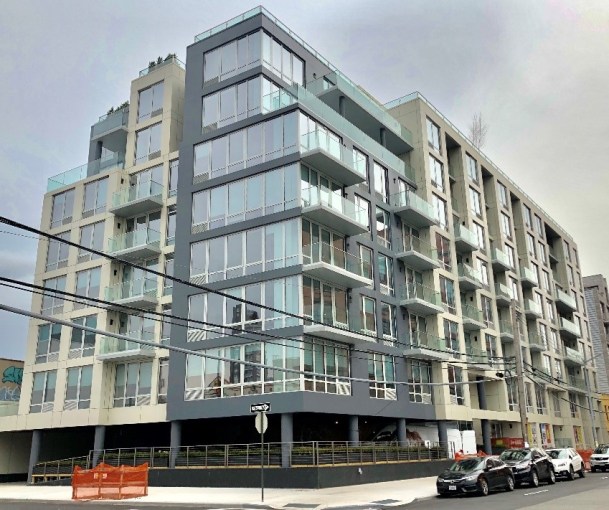 Lions Group has nabbed $37.1 million in Fannie Mae-backed permanent debt from Greystone to refinance its new multifamily property in Astoria, Queens, according to city records and information from Greystone.

The 10-year, fixed-rate debt retired roughly $24.5 million in previous construction financing from Bank Leumi, which was provided in June 2015. The permanent debt is backed by an 82-unit, market-rate rental building at 14-01 Broadway.

A Greystone Capital Advisors team led by Drew Fletcher, who was joined by Matthew Klauer and Bryan Grover, arranged and originated the transaction, according to the firm.

“Lions Group has been one of New York City’s most active residential developers in Queens with multiple projects delivered or under construction,” Fletcher said in a prepared statement. “They have developed thoughtfully-designed, first-class buildings that stand out in their neighborhoods and we are extremely proud to have worked with them on this assignment.”

The property features a 5,000-square-foot outdoor lounge located on the second floor as well as a 1,000-square-foot landscaped terrace on the roof that provides views of Manhattan and Astoria and Long Island City, Queens. Other amenities include a fitness center, a sauna, a bicycle room, reserved parking and an on-site Zipcar. It also has a fireplace and full-time doorman in the lobby, and adjacent to that is a library, with a lounge, a game room, a fireplace and a small “kitchenette.”

The 8-story development sports one-, two- and three-bedroom units, which range from just under $2,600 for one-bedrooms to just over $4,300 three-bedroom residences, according to past rentals listed on StreetEasy.

The Lions Group owns and manages over 1.5 million square feet of multifamily and commercial space as well as luxury condominiums, according to Greystone. The company has a firm track record in Queens, having finished ten projects there in the last fifteen years.

Officials at the Lions Group were not immediately available for comment.