At almost a quarter billion dollars, Casa Encantada would obliterate the state record for priciest sale at its asking price 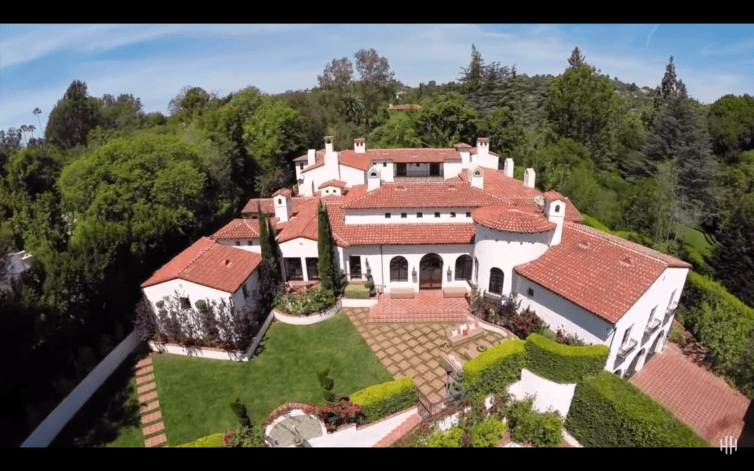 A massive estate in Bel-Air, which twice set the record for priciest home sale in the United States, is back on the market with what is now the most expensive price tag in the country.

Financier Gary Winnick has listed his 40,000-square-foot home, called Casa Encantada, for $225 million, the Los Angeles Times reported. Should the property trade for anywhere near its asking price, it would crush the reigning record sale in California, which was set by the former Spelling Manor in Holmby Hills, which traded for $120 million over the summer.

Casa Encantada, which translates to Haunted House, is located on Bellagio Road and surrounded by the Bel-Air Country Club. It was designed by architect James E. Dolena, and completed in 1937. Hotel magnate Conrad Hilton purchased the home for $225,000 in 1950 and owned it for almost 30 years. Then David Murdock bought the estate in 1979 for $12.4 million — a record for the United States at the time. Then Winnick, founder and chairman of Global Crossing, purchased it in 2000 for $94 million — another record for the country.

Winnick spent about two years restoring Casa Encantada, according to the Times. It features 60 rooms with a reception hall and grand formal rooms. The property also includes a guesthouse, a tennis court, a basketball court, a pool, a pool house with a professional screening room, a manager’s quarters, greenhouses, koi ponds, and a rose garden, all spread over eight acres.

Los Angeles County has seen five sales of $100 million or more. The most recent was the 56,500-square-foot Spelling Manor, which is the largest single-family home in the county and larger than the White House. In 2016, The Spelling Manor’s neighbor, the Playboy Mansion, sold for $100 million. Hard Rock Cafe co-founder Peter Morton and NBCUniversal executive Ron Meyer also each owned homes in Malibu that sold for more than $100 million over the past two years.

Homes with nine-figure price tags are in a tier of their own, and are less correlated to trends felt in larger parts of the market. But still Southern California’s luxury and high-end market has been cooling off all year. A second-quarter report from Douglas Elliman showed that sales continued to slide despite rising prices and expanding inventory.

Much of the issue stems from prolific developers who oversaturated places like Bel-Air and Holmby Hills with spec mansions despite the slowing rate of completed deals. The Spelling Manor spent three years on the market and was first listed for $200 million before it set the record at 40 percent less.

Mark Atalla, managing partner of Irvine-based investment firm Carlyle Capital, told the Times that certain luxury enclaves like the Bird Streets in the Hollywood Hills have pockets of unfinished homes that have been sitting or years after developers ran out of money.

Spec builders like Bruce Makowsky are the more prominent examples. Makowsky’s 38,000-square-foot mega-mansion in Bel-Air was first listed for $250 million, but it has since been cut to $150 million. Others are on the way, too. Former movie producer Nile Niami is building a 100,000-square-foot monster of a home that is expected to hit the market with a price tag around $500 million.