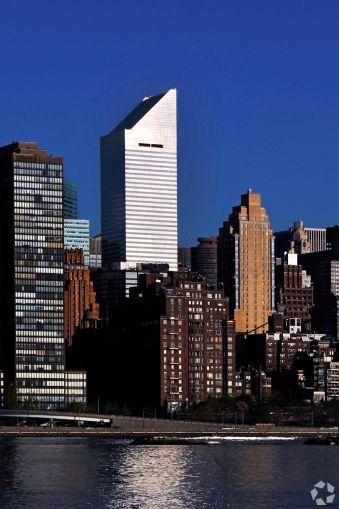 The 30,000-square-foot space will serve as the building’s in-house conference center and have its own entrance at 153 East 53rd Street, per the press release. The newly renovated space will initially only be used by one tenant but will be open to other clients in 2021. Etc.venues’ lease will run for 10 years. Asking rent in the transaction wasn’t disclosed.

“The deal provides Boston Properties with the opportunity to have a world class conference and events space in the building as part of their midtown campus,” said Alastair Stewart, CEO of etc.venues.

“We wanted a world class conference brand for our building and I was impressed with their London operation during my visit,” explained John Powers, an executive vice president at Boston Properties. “etc.venues provided us with a helpful short term solution for an existing tenant at 599 Lexington Avenue as they undergo a comprehensive modernization of their workplace.”

This is etc.venues’ second Midtown location, after leasing 45,000 square feet at Stawski Partners’ 360 Madison Avenue in May.

601 Lexington Avenue, also known as the Citigroup Center, was constructed in 1977 between East 53rd and East 54th Streets and was landmarked in 2016. Boston Properties purchased a controlling stake in the 1.6-million-square-foot tower for $755 million in 2001.