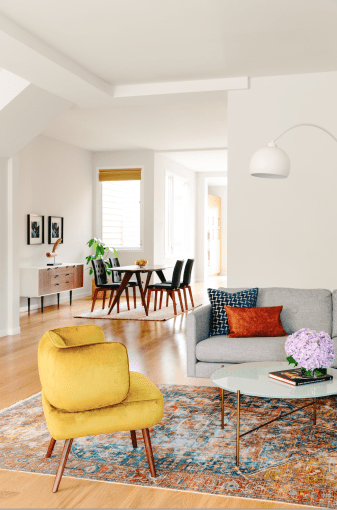 Yet another short-term rental startup is trying its luck in New York.

Zeus, which was founded in 2015, manages a portfolio of furnished homes that it rents to businesses, or directly to transient workers looking for short-term rentals. It currently operates in the Bay Area, Seattle, and Washington, DC, and expanded to Los Angeles last month, according to information from Zeus.

In New York, Zeus will manage blocks of apartments in some buildings, as well as single units throughout the Manhattan and New Jersey. It has partnered with landlords like the publicly-traded UDR, and will rent out UDR’s 401 East 34th Street in Murray Hill and 10 Hanover Square in the Financial District, as well as units at the W Hotel at 123 Washington Street, according to its website. The company expects to have over 100 homes in its New York portfolio by the end of the year, a spokesperson said.

While the short-term rental space is growing ever more crowded, the appeal for landlords is evident. Under the managed ownership model, Zeus is responsible for the furnishing, rental and upkeep of the units, with operating teams in each of its markets who are on call 24 hours a day. In addition, Zeus signs two-year leases at minimum, thus taking on the financial risk if the apartment remains empty, the company confirmed.

“Our data-driven approach to home selection has enabled us to maintain high occupancy rates,” Kulveer Taggar, Zeus CEO and co-founder said. “We’ve also developed proprietary technologies that create major efficiencies to the sourcing, pricing, and management of our homes.”

The short-term rental company has over 200 employees and has raised a total of $24 million. That includes an initial $2.5 million seed round from Bowery, and $11.5 million in Series A funding led by Initialized Capital, and $10 million in debt, according to Crunchbase.

Zeus distinguishes itself from the crowded short-term rental field (including unicorn Sonder,  Airbnb-backed Lyric, Domio and Stay Alfred, all of which offer apartment-style rentals) by focusing on corporate clients and business travel. Its corporate clients include Disney, Bird, Genentech and HackerOne.

Update: A previous version of this story misidentified the owner of 123 Washington Street as the Moinian Group.