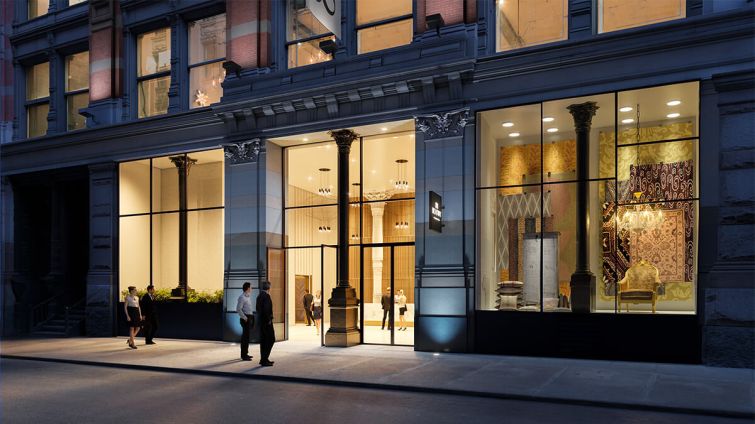 The deal includes Normandy’s operating platform, its interest in several funds, and the equity stakes in its portfolio of properties in New York, D.C., and Boston.

The move will essentially combine the two companies and help the publicly-traded Columbia expand its presence in Normandy’s three coastal markets, Columbia’s president and CEO Nelson Mills said in a prepared statement.

“Combining the Columbia and Normandy teams enhances our mutual talent, resources and relationships, and strengthens our position as a leader in our target markets,” Mills said.

Columbia and Normandy have previously collaborated, and are joint partners in a $300 million redevelopment of 799 Broadway in Midtown South, and the $205 million acquisition of 250 Church Street in Tribeca.

Normandy, founded in 2002, is led by partners Finn Wentworth, David Welsh, and Jeff Gronning. They are partners in a long list of office and mixed-use projects in Manhattan and the outer boroughs, many of which involve repositioning or redevelopment.

The projects include the redevelopment of the Terminal Warehouse in Chelsea; Netflix’s new headquarters at 888 Broadway in Midtown South, and a warehouse-to-office conversion at 175 Pearl Street in Dumbo.

“The strategic combination of Columbia and Normandy will form a stronger company with an exceptional gateway market portfolio, a world-class team and a robust pipeline,” Wentworth said in the statement.

Prior to the acquisition, Columbia had a portfolio of 8.2 million square feet, concentrated in San Francisco, D.C. and New York, where it’s headquartered, according to its website. It has additional properties in Pittsburgh, Los Angeles and Atlanta, where it was founded.