Calmwater opened its New York outpost last year, finally putting boots on the ground in the city amid its national expansion. 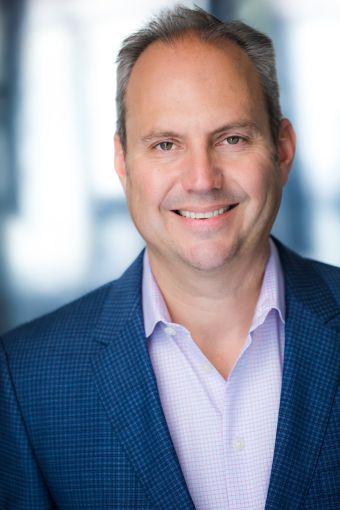 Larry Grantham launched Los Angeles-based bridge lender Calmwater Capital in 2010. The firm was spun out of Karlin Real Estate Lending, an arm of private family office investor Karlin Asset Management, in 2015 and rebranded, although the platform and operation didn’t change.

Since then, Calmwater has strategically expanded across the country, opening its New York City operation last year, and closing on its third fund — the largest raise of its existence at $636 million — from three endowments, six pension funds and “a couple” of family offices, Grantham said.

“[We have] strong backing, yet not a lot of pressure to deploy capital,” Grantham, 47, said of the firm, which is in line to deploy around $600 million in debt investments this year. “We have a lot of flexibility to be very strategic on how we’re going to grow this platform. [It started] as myself and an analyst and here we are $2.5 billion dollars later on fund three.”

The Vanderbilt University alum, who’s from small-town Texas, spoke to Commercial Observer last week about the company’s growth and putting boots on the ground in the Big Apple.

Larry Grantham: Calmwater is a private debt lender, originating primarily senior loans to sponsors acquiring and refinancing “transitional” — I’m using air quotes — commercial real estate. Our investment size is generally $7.5 million to $75 million, but our average deal size is sub-$20 million. We’re definitely a middle-market player. We’ve invested over $2.5 billion dollars successfully since 2010, most of that coming in the past few years, and our annual volume last year was about $500 million. We’re trying to do [around] $600 million this year.

When we started, it was just two people. We didn’t make any loans in the first year and the next year we made $50 million in loans. As our assets under management and our headcount have grown, we’ve methodically expanded our geographic footprint across the country each year into what is our current national investment platform. We now have two originators based in the New York City metro area, one originator in Seattle and the rest of the team is in L.A [18 people].

How would you describe your origination activity?

Our track record includes 182 loans across 28 states, which has helped us development that national reputation. We have a reputation for providing certainty of execution to sponsors and brokers in need of a shorter-term bridge capital. Our loan sizes are typically two to three years, but we can go a little bit longer.

What was the motivation behind the Calmwater name?

I wish it was a great story. I am a surfer and I do live at the beach, yet I live and think and dream real estate debt every day, unfortunately. But, the name is something my CFO came up with when we spun out of the family office. In my office, I have a giant picture of a crashing wave and then a picture of a calm ocean next to it. It’s in a way an analogy to the financial markets and where we are.

What was the business model at the outset in 2010, a turbulent time? What were you targeting?

The goal was to invest $100 to $200 million in attractive, risk-adjusted return debt secured by commercial real estate. That was the goal, and we quickly achieved those goals. Private debt today is a globally recognized institutional asset class, but [in 2010], it wasn’t. We were early. Fortunately, I’ve always worked for institutional firms, and we set this company up the right way. It was a natural evolution to raise outside capital. We’ve invested a billion dollars on behalf of the family office. Our [second fund] was a $104 million separate account for one university endowment, and in December 2017, we raised our first commingled fund with $636 million and that included the six pension funds and the three endowments and a couple other family offices.

I spent seven-plus years growing a CLO firm, so that was my structured finance experience, my “professional MBA.” I went on to work for a family office, for a gentleman who founded one of the largest public bond firms in the country. And then I worked at a Fortress [Investment Group] joint venture — Summit Investment Management — for four years before being introduced to the family office [Karlin] in 2009, before we set up Calmwater in January 2010.

What drove the move to open a New York office?

We entered the New York City market a few years ago because of a [business] relationship. We were partnering with a much larger national lender that introduced us to a deal on the Upper West Side. We partnered with them on that deal, which included one of the more well-known sponsors in New York. We closed a few other deals in New York, and we’ve closed deals in Boston, New Jersey and in New York without exactly placing an emphasis on the Northeast. In 2017, we were growing our volume, so I decided to hire someone in New York not just to do deals in the city, but to be in the information flow for the entire Northeast and East Coast. In early 2018, we hired Mike Giannone, who spent five-plus years at another, smaller private debt lender. Since then, we’ve originated seven loans, totaling just over $209 million. Three of those seven deals are with the same sponsor, which is a family that’s developed over 30 million square feet in New York City.

Tell us about some of your recent New York deals.

We closed a $60 million construction loan for a mixed-use project in Queens, after a bank had worked on that deal for six months — you had the spike in volatility in December 2017. We closed a $33 million loan for the completion of [GDS Development’s 500 West 25th Street] condo project in Chelsea. And we closed a $10 million acquisition loan on apartments near Columbus Circle. More recently, we closed the $60 million loan with RedSky [Capital] on their [five-building] redevelopment project [at 143-157 Roebling and 1-19 Hope Streets in Williamsburg].

What’s the philosophy behind getting involved in high-risk, high-yield projects, given where we are at this point in the cycle?

Everyone knows we’re late in the cycle, but experts can’t even predict when we’re going to have a recession or how severe it’s going to be. We’re focused on downside protection and capital reservation, and then we worry about returns. Because we’re lenders, the best-case scenario is we get our interest and principal back, which is what we expect. We looked at a lot of peak-to-trough analysis, like how severely did condos get hit in the last downturn? How hard did prices get hit? We look at sponsorship; we’re basis lenders; we look at every deal from a bottoms-up perspective on its own merits. While we’re often financing transitional commercial real estate, we gain comfort financing sponsors who typically have successful track records going back decades.

[With the RedSky deal], we’re speculative. We’re partnering with, in our opinion, a sponsor that knows Brooklyn better than any other sponsor. They have a very successful project just a few blocks away from that one, which has similar risk characteristics.

Is Brooklyn an attractive area of the city right now for Calmwater?

No, we’re not macro investors like that; we’re not thematic. If I’ve got a project at the right basis, I never say never [to an investment]. We once did a deal in Far Rockaway, Queens. It was a large apartment project that was hit by Hurricane Sandy and was vacated. But even in that part of Queens, there was an extremely low multifamily vacancy rate, so we financed someone buying that transitional asset; it was 95 percent leased in 12 months. But, that’s the bottom-up approach we take. We’re not trying to build condos ground up at a high basis in New York; we’re not building multifamily anywhere in the country to a five-and-a-half cap rate in a four-and-a-half cap market. We’ll come into a more highly structured situation on a project that’s maybe had some cost overruns but has some structure. We don’t want to be in a condo project in New York City for two years. We want to come in and finish something in six months so we can hit the sales process quickly. We have zero interest in being involved with the tallest building in New York or the highest luxury condo project or the sexiest hotel; we’re very comfortable with the standard boring projects, making our loans and having a win-win-win with a borrower who successfully executes on their business plan, the broker gets paid a fee and we get paid our interest and principal and move on.

How have you managed the competition in the alternative space in what’s now a yield-starved environment?

New York is the largest commercial real estate market in the country, and it’s also the most competitive real estate debt environment in the country, in my opinion. We’re not going to come to New York and gain more market share than, say, Apollo or Mack [Real Estate Credit Strategies] or Madison [Realty Capital]. We’re trying to be more selective, but given my 20-plus years of doing business and my almost 10 years at Calmwater, doing business our way, there’s no reason why we can’t — and we’ve done it — come into a town and get our fair share of select deals. We’re still going to be a smaller player in the overall market. It’s easy, as I say to our investors, to come in and win business, right? I can achieve the cheapest pricing and the highest leverage, but that’s not what we’re trying to do. We want to be extremely thoughtful and careful; we want to avoid workouts and restructurings. We’re not loan-to-own lenders.