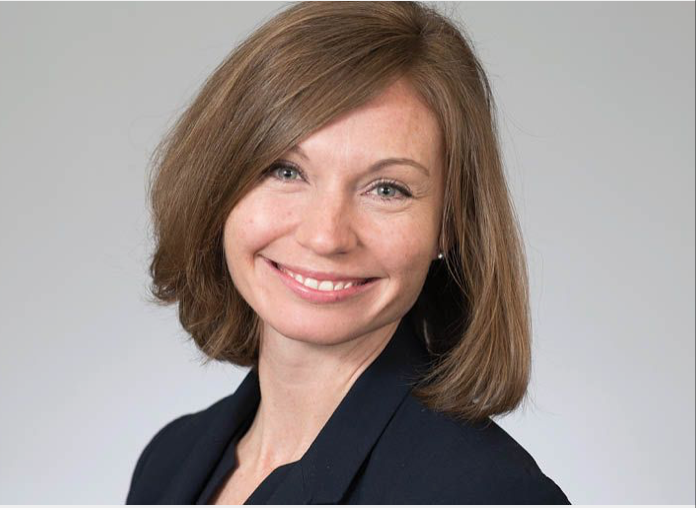 How did Andrea Wagonseller make the 450-mile journey from her childhood home in Ohio to her current desk in M&T Bank’s New York City office at 350 Park Avenue?

One step at a time.

Wagonseller, a 34-year-old vice president at M&T Bank, worked her way up every imaginable rung of the ladder, starting with a summer job after her senior year of high school for a local Ohio depository, where she worked in a back room processing mortgage data. After stints as a teller and eventually a brand manager, a growing list of industry contacts and an MBA from New York University helped boost Wagonseller into a role as a relationship manager in commercial real estate.

In a conversation last month, Wagonseller recounted how her patient, one-step-at-a-time approach has already led to an admirable finance career.

Commercial Observer: How did you land your first job in finance?

Andrea Wagonseller: I was valedictorian of my high school class in central Ohio, and I was invited to a breakfast in the county. I wasn’t really sure at that point how I was going to spend the summer after I graduated. Park National Bank was a local bank that held about 50 percent of the deposit share in the county, and I ended up sitting beside the CFO of that organization. He asked what I was going to do after high school, and I let him know that I was going to study economics in college. So I started working for that bank, starting in mortgage data processing.

Where did you go from there?

They wanted me to come back to work for them the following year, and they said, “Well, how would you feel about being a teller?” So I said, “That would be great, because I think if I have to spend another summer in data entry, I’m going to fall asleep on you.” So I went to work as a bank teller. It was a really great way to start working with clients and understanding how to manage client relationships and expectations. You’re helping regular people with regular life problems. It was fun to me. I really enjoyed my time there.

When did the idea of working in real estate finance in particular come onto your radar?

A few years later, I was a branch manager in White Plains, [N.Y.], where I was able to interface with a lot of our commercial customers on a more personal-banking level. I got close with our commercial real estate team north of New York City, in the Hudson Valley. I have tremendous respect for my counterparts who are branch managers, and I certainly value my time there, but I was looking for a little more analytical orientation in my work. At the same time, I was going back to school at NYU for my MBA. I was in a principles of real estate class at the same time that they were building Hudson Yards. You [realize], “OK, this is a really exciting area to be in.”

So you managed at that point to move into CRE at M&T?

When I was close to graduating, I pursued real estate at the bank. It’s an area where M&T has a lot of talent, and I was championed by some spectacular women in our commercial real estate division. They helped me meet the right people. And if you’re going to be in commercial real estate, New York City is certainly the place to be. So I was lucky to have an opportunity to join the bank down here on their team.

Compared to many other banks, M&T is less hesitant to take on construction loans. What have you learned from working on some of those deals?

I think it’s something that M&T has particular talent in, not only in its understanding of construction, but from an execution and infrastructure standpoint. Not only do we have some very experienced, very knowledgeable professionals who work on those deals, but we also have a team of administrative folks who provide perfect execution on the monitoring of these deals, which is really, really important. There is a lot of complexity around construction, because you’re looking at the end project from a tax implication standpoint, from a profitability standpoint, and from a zoning standpoint. And you’re buying into the developer’s dream. It’s about understanding how [the project] is actually going to come out of the ground.

What advice would you have for a student who, just as you did, might be wondering whether this is the right industry for him or her?

I think it’s imperative for you to approach this industry with a healthy curiosity and desire to learn. If you don’t have a natural desire to dig into concepts and really do the hard work to understand things and learn things, this could prove to be a tough industry, from an intellectual standpoint. But if you really want to dig in, and you can combine that with good working relationships with other people, you will certainly thrive here.