Under Construction: Dock 72 at the Brooklyn Navy Yard 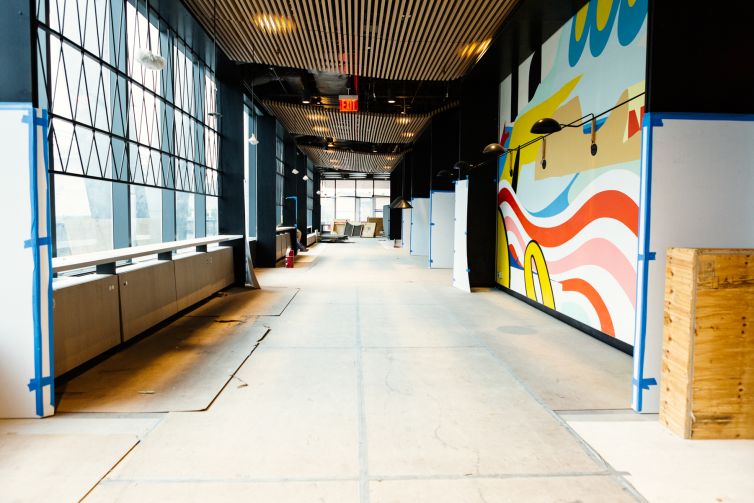 The walls of the lobby have been painted with murals from local artists celebrating the Navy Yard's history. Photo: Emily Assiran/For Commercial Observer 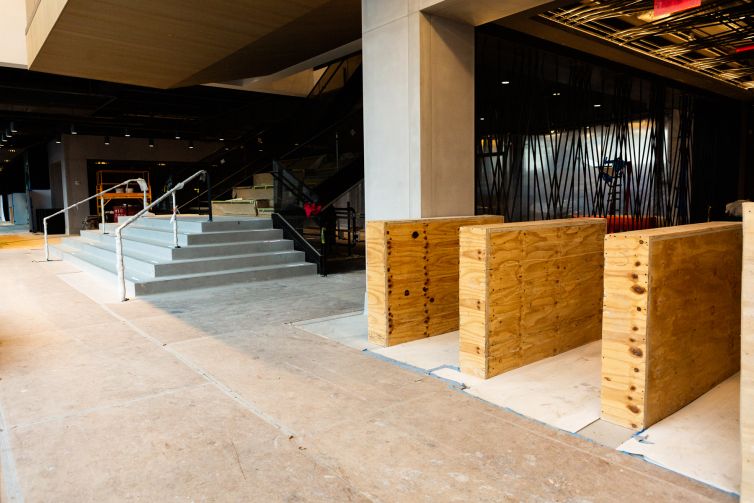 A large main stair in the lobby attempts to instill a community vibe into the building, which will be anchored by WeWork. Photo: Emily Assiran/For Commercial Observer 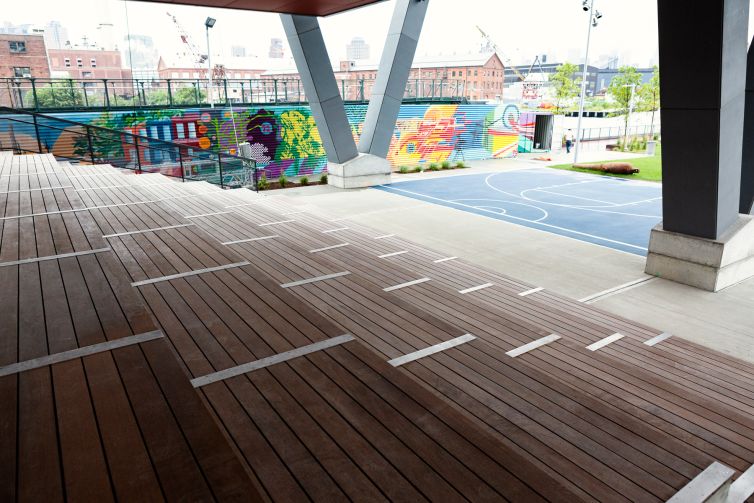 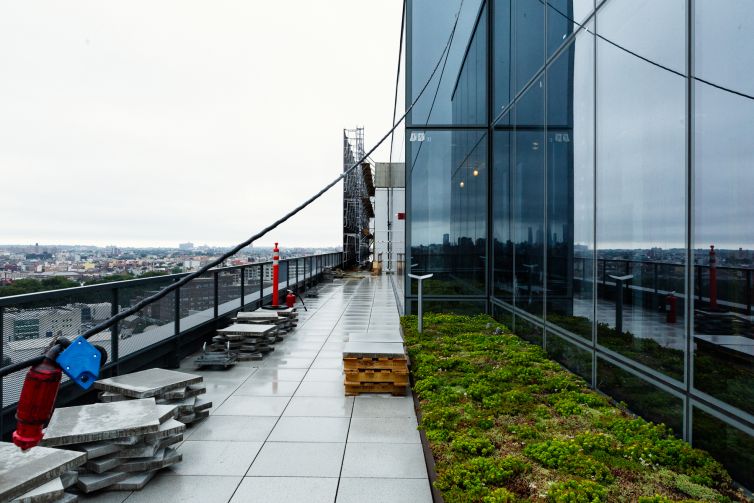 The building features several terraces for tenants, two of which will feature seating and landscaping. Photo: Emily Assiran/For Commercial Observer
Previous Next

A former dry dock in the Brooklyn Navy Yard has given rise to one of Brooklyn’s largest new office projects, a hulking ziggurat known as Dock 72. Developed by the Rudin family and Boston Properties, 16-story, 675,000-square-foot commercial tower is a little far-flung — a 15-minute walk from the closest subway stop in Dumbo — but it’s packed with amenities aimed at drawing potential tenants. Commuters who don’t reach the building via shuttle bus from the subway have the option of biking and leaving their bikes with Dock 72’s bike valet or taking the ferry from the Navy Yard’s newly opened ferry stop next door.

WeWork will occupy 222,000 square feet on portions of the third through sixth floors and all of the seventh and eighth floors. The coworking giant will also operate the top-floor conference center and a gym and wellness center on the second floor that will offer fitness classes, spa treatments and massages. Besides the conference center, the 16th floor will have a large, landscaped communal terrace, a lounge with a fireplace, and a kitchen with a full-service bar. And just off the lobby there will be a fully stocked bar that serves coffee and several yet-to-be-announced food stalls. The lobby features a series of Navy Yard-inspired murals painted by four local artists — Dan Funderburgh, Kristin Texeira, Greg LaMarche and Bruce Wymer — and a large communal stair that leads up to the second-floor fitness area.

The property’s 10,000 square feet of outdoor amenities include a public lawn outfitted with Civil War-era cannons that were discovered inside the dry dock during excavation, along with a mural painted by local high students working with nonprofit Creative Art Works. There’s also a half-court basketball court and bleacher-style seating.

The stepped shape of Dock 72 allows it to have seven different terraces, six of which will be reserved for specific tenants. “The design is very European,” said Julissa Polanco, a director of leasing at Boston Properties, during a recent tour of the building. “My boss calls it a skyscraper on its side.”

The architects, S9 and Perkins Eastman, also designed the structure with future flooding in mind, because it’s located in Storm Zone 1.

“We knew that we were in an area where if we had another Superstorm Sandy, and the way that climate change is happening, if we’re going to build it here, we had to build it to be functional, sustainable and resilient,” said Polanco, who noted that the mechanicals are located 19 feet above the flood plain.