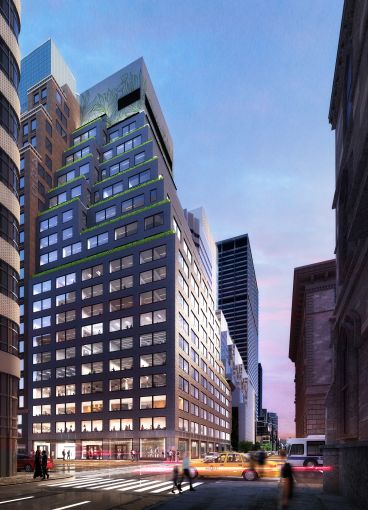 Investment firm Atlas Merchant Capital signed a lease for 12,334 square feet on the top two floors of the 24-story building. Atlas was co-founded by Bob Diamond, a former Barclays executive, and David Schamis, and its current offices are located at 375 Park Avenue.

RFR has begun its own repositioning of the building, which will include new windows, facelift for the facade, which has largely faded from its original white to black, and new tenant amenities.

“Since taking ownership and revealing our repositioning story we have received strong interest in our availabilities,” said RFR’s AJ Camhi. “Prototypes of the new windows, railings and landscaping and new facade color are already on-site for viewing.”

Other tenants in the building include a roster of financial and legal firms, including private equity firm Threadstone Advisors, and flex office space from Regus.