Tri-State Shake-Up at C&W as Santora Steps Down, Dodd Steps In 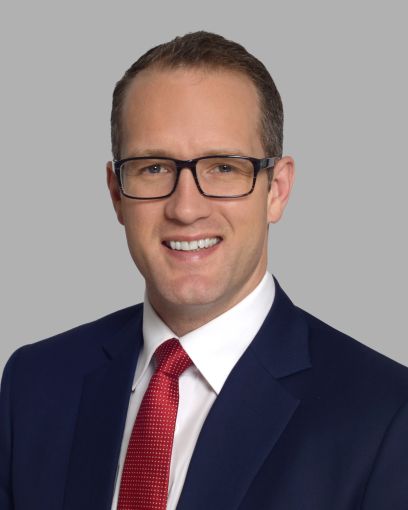 John Santora, the president of Cushman & Wakefield’s New York tri-state region, will step down from his post next year and be replaced by 18-year veteran Toby Dodd, Commercial Observer has learned.

The 42-year-old Dodd, who currently serves as the head of the brokerage’s Global Occupier Services, will take over from Santora on January 1, 2020. Santora, who has about 40 years under his belt at C&W, will move to a post more focused on the client side of C&W’s Americas division.

“New York is just such an important part of our business, both in America and globally,” Dodd told Commercial Observer. “The opportunity to take on this role as the president of the region — especially on the trajectory of growing this business — and the opportunity to work with [Santora] through this process continuing in the future was fantastic.”

Dodd will be responsible for overseeing C&W’s nearly 3,000 person offices tri-state region in New York, New Jersey and Connecticut. The post reports upward to Shawn Mobley the CEO of the Americas for the company.

While Dodd hasn’t finalized his strategy when he takes over, he plans to grow the firm’s business and focus on serving its clients and giving employees the tools to do so.

Santora took over the regional position from Ron Lo Russo in 2016, but decided about a year ago that he wanted to move on from the post to focus his efforts on building the client-side of the business and spending more time with his family, he told CO.

“My next role will be more client-facing,” Santora said, adding that the title isn’t set in stone yet but he will be a vice-chairman in the company. “It’s going to be focused around client-facing, growing our business and working with our professionals.”

Once he made his decision, Santora said he wanted the give the company ample time to find a replacement so “there was no sense of urgency around an end date.” C&W spent about a year looking for candidates both inside and outside of the firm before ultimately deciding on Dodd this month.

“I certainly feel an obligation since this company has given me such a great, wonderful opportunity to grow within the business and everything else to make sure that it’s on stable ground and in stable hands before I kind of go off and do a little bit more fun stuff,” Santora said.

“We made the right choice,” Santora added about Dodd. “He’s well known, well-liked and supported across the board so that’s a big part of it. The international experience is always a great addition.”

Dodd founded the C&W office in Vietnam in 2001 and was the managing director of its Singapore office from 2011 to 2016.

He decamped to New York in 2016 to become the company’s executive managing director of its Global Occupier Services business in the tri-state, mid-Atlantic and New England regions where he developed and implemented strategies for more than 100 of C&W’s largest occupier clients. In the role, he managed a team of over 2,000 employees.

The Hudson Square resident grew up in a small town in Southwest England, Exeter, then graduated from the University of Bristol with a focus on valuation and estate management. He joined C&W’s graduate program in London in 2001, became a capital markets broker and has been with the company ever since.

“The focus of everything is around our clients and our people,” Dodd said. “[Clients are] continuing to demand more complex solutions to complex problems. For us, how do we continue to provide those services and, for our people, it’s attracting the right people and giving them the right support and resources to serve our clients.”