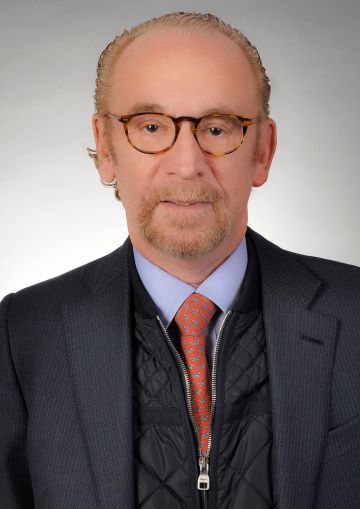 Newmark Knight Frank has made a splash recently with a handful of big name new hires. This past month, the brokerage firm picked up Evan Layne, Brett Siegel and Jean Celestin from Eastdil Secured in a bid to grow its presence in New York City.

The trio, known for working behind the scenes on Disney’s $1.2 billion sale of its ABC campus to Silverstein Properties, will be helming investment sales for the region. They’ll also be working closely with the firm’s debt superstars Jordan Roeschlaub and Dustin Stolly, whose recent deals include a $205 million refinancing of 10 Jay Street in Dumbo, Brooklyn.

Commercial Observer spoke with Newmark’s James Kuhn, president and head of investor services, about the firm’s bold plans for growth in New York City. Kuhn, who has nearly three decades under his belt at Newmark, told us about the future he sees for the brokerage firm, finding opportunity amidst a potential downturn, and how three plus two equals the new four.

Commercial Observer: How are the numbers looking so far this year on the investment sales side?

James Kuhn: I think the numbers this year for everybody are going to be sort of skewed because of what’s happening in the multifamily world.

I think we probably sold about $2 billion last year in multifamily and development sites. And once the [rent reform] legislation was on the boards and about to be passed, I think that the multifamily investment sales market sort of ground to a halt to some extent. Depending on what happens with the federal lawsuit, assuming nothing happens, it’s fair to assume that multifamily will have to be repriced; the ownership of multifamily in New York City will have to readjust how they underwrite growth.

Have you seen that come through in terms of valuations? Can you put up a number on it?

No, because I don’t think anybody knows how to price a trade today based on these new rent regulations.

I think that 2020 will be a better indicator on where we’re going in the multifamily market, after the whole aftermath of how it settles out. And of course, that applies to condominiums too, because they changed the rules on converting condominiums.

Have you seen that impact bleeding out into any other asset classes?

When you talk about New York City, obviously retail, in general, has been soft. I think the office market is still vibrant, and I think the investment sales market is vibrant in office. So, we can’t predict whether we’ll have a correction in the economy in 2020 or 2021, but right now I think office sales are healthy.

Any particular markets that you’re finding to be investor favorites?

I’d say that when you’re in late-cycle, and you’re trying to underwrite growth, the majority of our clients are looking for value-add opportunities. Certainly the West Chelsea, Hudson Yards, Meatpacking area, since it appeals to the technology and media tenants. It’s a good neighborhood for acquisitions in the value-add area; you have a lot of older buildings that have been turned into headquarters for high-end tech companies.

In general, across the Manhattan market, if there’s a value-add opportunity, there’s a lot of interest.

You’ve added Evan Layne, Brett Siegel and Jean Celestin to the team. Can you tell us a little bit about your expectations for them and what they’ll be doing for the firm?

Are you a sports fan? If you look back at the New York Yankees and the Core Four, when they brought on Derek Jeter, [Andy] Pettitte, [Jorge] Posada, and [Mariano] Rivera, they ended up building the Yankee dynasty. And when we looked out to see who we wanted to be the face of the investment sales business for us in New York City, we wanted to get the next generation of superstars. And we feel that this group is like the Core Four of the Yankees, before they started to win their last iteration of World Series.

I think [Layne, Siegel and Celestin] were the next stars at Eastdil. But I think that, here, they can become the face of our New York City investment platform. And they can team up with our number one debt platform, [run by] Jordan Roeschlaub and Dustin Stolly. We think that with the five of them, we have now built the next generation of superstars that will, over the next 10 years, dominate the New York City Market.

I’d imagine there’s some competition over who gets to be Derek Jeter.

[Laughs] I won’t try to pick that.

Can you give us a little bit more details on how you see that collaboration working?

What’s the big picture goal? How have you defined it for the team?

Barry [Gosin] has always said, as our CEO, that we want to be the number one capital markets platform in the country. And so that’s the goal.

With the potential for a recession on the horizon, how do you deal with those market headwinds?

I think that when the market corrects, talent shines. What I mean by that is when the market is great, it’s easy for a client to make a safe choice in who they hire. But when the market corrects, you need thought leadership, you need ingenuity, and the opportunities become greater for the value-add and opportunistic buyers. And so, you know, if there’s a correction — I don’t want to use the word recession, because I’m not sure it’ll be that — but if there’s a correction in the economy, there will be new opportunities. And we think that we will be positioned to take advantage of any correction.

And we have a loan sale platform, that in this kind of market is not as active as it would be in a bad market when you start to have some foreclosures. And so our loan sale group will be able to integrate themselves into the investment sales process and take advantage of any correction that occurs.

Have you seen any pick up on the loan sale side right now, say for multifamily debt?

I think it’s still too early.

It seems like a game of musical chairs with a lot of the recent changes at the big brokerage firms. Does it feel that way to you? Or does it feel like business as usual?

What’s happened over the last five years is, like many non-real estate business lines around the country, I think we’ve seen a consolidation in the marketplace. And the last evidence of that was the HFF and JLL merger.

I think that there’s always going to be musical chairs, because brokers ultimately have to decide on culture, and where they want to spend the rest of their careers. So I think the company that can figure out the best culture, the best collaboration, and the best ability to have a voice and have a platform, and not be engulfed by bureaucracy, I think that’s the firm that’s going to rise to the top. We think that’s us.