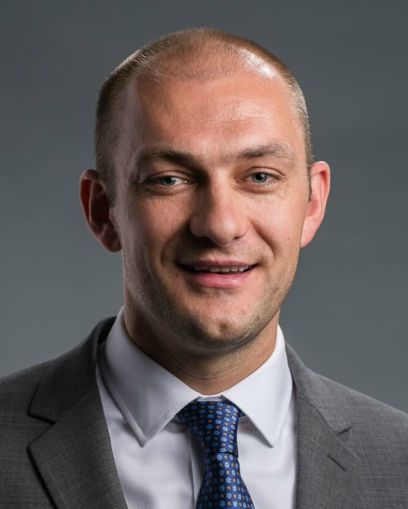 Thompson started this month, relocating from Massachusetts to Downtown Brooklyn, as a managing director with plans to grow TerraCRG’s multifamily investment sales team and gain a stronger market share around the borough.

“I have an opportunity to come to a new market and apply everything that I learned in a bigger and better way,” Thompson said. “I feel strongly about this company, the brand and the foundation of the current team to launch this company to the next level and expand in some asset classes and some neighborhoods.”

Before joining TerraCRG, Thompson spent six years at Marcus & Millichap, where he specialized in multifamily sales around Boston, and eventually was promoted to a managerial position there.

The 39-year-old Thompson got the real estate bug when he was in college and his father, the owner of a furniture shop, had the opportunity to buy the building housing his store. He talked to the brokers and created a pitch for his father to acquire the building — showing the rents from the apartments on the upper floors could easily cover all the expenses — but his father didn’t bite.

Thompson eventually got a job at a small firm in Boston and in 2010 launched his own shop, Deerfield Commercial Real Estate, which eventually opened offices in New York City and was acquired by Marcus & Millichap in 2013.

A spokeswoman for Marcus & Millichap did not respond to a request for comment.

In his new role at TerraCRG, Thompson is tasked with growing the brokerage’s multifamily business and bolstering its staff in that division.

“The timing is perfect as we expect the current man-made market disruption to create a unique opportunity for us,” Ofer Cohen, the founder of TerraCRG, said in a statement, referring to the recently passed rent regulations. “Tim is not only super-skilled but also very thoughtful,” he said. “And moving from Boston to Brooklyn is a true testament to how attractive Brooklyn truly is.”