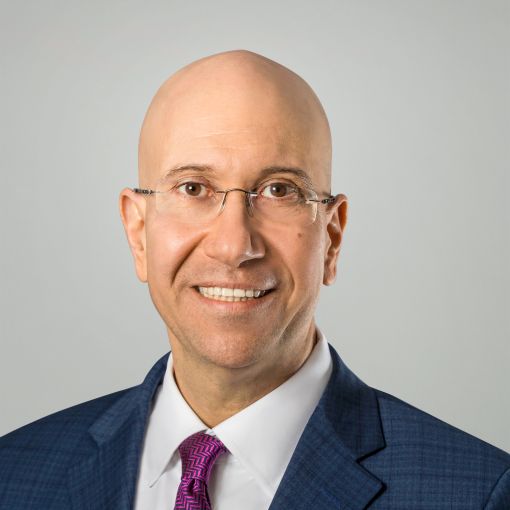 Shimon Shkury, founder of New York City’s Ariel Property Advisors, has more than a thing or two to say about the rent reform package that passed in Albany this spring. When Commercial Observer broached the subject in a phone call last week, Shkury’s first order of business was to email his next appointment to relay that he’d most certainly be late. But that’s not to say he intended to rant and rave about the law’s upheavals. Though he’s no fan of the legislation, he thinks it may yet unfold hidden opportunities for well-placed investors, especially if they own properties with at least some free-market-rent component. To make sure you’re not late to your next appointment, we’ll let Shkury take it from here.

Commercial Observer: The state rent reform package has caused its fair share of hair pulling. How should landlords separate the drama from the melodrama?

Shimon Shkury: There’s definitely frustration among landlords, because when they purchased their assets they purchased them under the assumption that in some situations they’d be able to raise rents. It’s only fair to expect them to be frustrated. At the same time, many of them are moving forward. This litigation is not great for the city because it does not create more units and it is going to affect the quality of the buildings in the city. But I think that in terms of being practical, you have to break down the multifamily market in general.

Your point being that this will affect different multifamily landlords in different ways?

Right. You have rent-stabilized buildings that could be substantially below market, and these are the buildings that will be affected the most, because you cannot increase rent over time. The second category is rent-stabilized units that are more or less at market levels. You find those in several of the boroughs. The third is buildings where the majority of the units are free-market already. These buildings will be affected the least, and you find them mostly in Manhattan below 96th Street. Then you have buildings that are fully free-market buildings, which will not be affected. On the contrary, they’ll have increased values, because demand for these assets will increase.

That makes sense, but how does this play out for owners of partially-stabilized buildings?

I think they could benefit, especially where a large value-add component could allow a new operator to increase the free-market rents substantially. For example, if you had a building with 100 units where 70 are free market and 30 are rent stabilized, but the building wasn’t worked on appropriately, the free-market rent could grow substantially over a period of two to four years just because you invest capital into the building. These buildings will be in demand now, in my opinion.

And how are lenders responding?

I think lenders are evaluating it as well. Lenders today are intelligent. They’re looking at their portfolio of loans and trying to decide which ones are at risk, and trying to assess that risk. I think every lender in the city of New York wants to provide new loans, but I just believe that they’ll provide those loans at new valuations. It’s still a very safe asset. If anything, multifamily became safer, because you will have no vacancy, essentially, with rents that are depressed.

But are there landlords who need to worry about whether they’ll be able to get their buildings refinanced at acceptable leverage points?

The question is, how would an owner refinance out of a current loan when the value is lower? That’s something the lenders will have to work with the owners to work through. The other part of it is that there are several lenders that were transitional lenders, lending on an asset that was supposed to turn around over two to five years, usually at higher loan-to-value ratios. With those lenders, we’re trying to help them evaluate their positions and see if we can help them recapitalize some of the funds they have out there.

Do you think that this law was passed without enough opportunities for the industry to weigh in?

There is a feeling out there that there wasn’t enough discussion with all stakeholders, including landlords. So much of the discussions stayed in Albany. I think it would be to everybody’s benefit if that changes. There should be a conversation between lawmakers and landlord representatives to discover how everybody can benefit more. By working together, you can end up with better-quality buildings in New York, and you can end up with exactly what you’re looking for, for existing rent-stabilized tenants. But you also have to find a way to ensure quality of life for those same tenants, and provide economic incentives for a for-profit landlord to invest in units and make sure that the building stays solid.

So many real estate people I’ve talked to have been so utterly depressed about the situation! You’re less gloomy than I thought you’d be.

It’s a fantastic opportunity for us to connect with many of our clients, advising them and eventually taking some assets to market as well as recapitalizing some bigger portfolios. So we see this as a great opportunity.