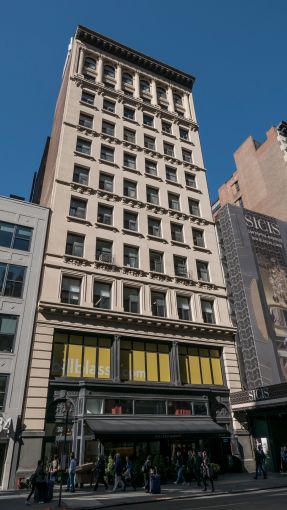 Rothy’s — the direct-to-consumer shoe brand seen on the feet of Meghan Markle — inked a deal to open a New York City office in NoMad, Commercial Observer has learned.

The San Francisco-based company signed a 10-year lease for 7,500 square feet on the tenth floor of Kaufman Organization’s 236 Fifth Avenue between West 27th and West 28th Streets, a spokesman for the landlord said. Asking rent was $82 per square foot.

Rothy’s plans to move into its NYC space, which will have offices and a showroom, in the first quarter of 2020, the Kaufman spokesman said.

The shoe company was founded as an online-only brand in 2016 and has raised a total of $42 million, including $35 million from Goldman Sachs in December 2018, CNBC reported. It recently moved into retail with a 600-square-foot location in San Francisco and plans to open five more locations around the country by 2020, including a spot in the West Village, according to CNBC.

“Rothy’s is the latest of many progressive and innovative tenants we have attracted to 236 Fifth Avenue and throughout our Midtown South portfolio,” Greenspan said in a statement.