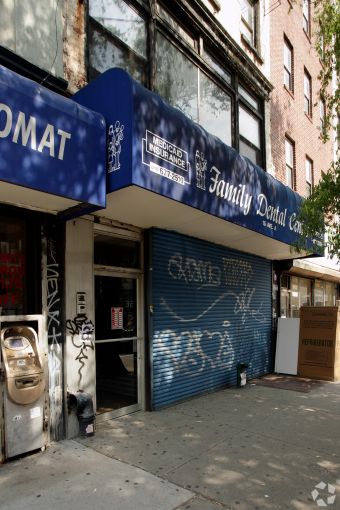 The popular Bushwick, Brooklyn pizzeria Roberta’s — regularly cited as the maker of one of the best pies in the city — will open its first full-service restaurant in Manhattan on Avenue A in the East Village, Commercial Observer has learned.

Roberta’s signed a 15-year lease for 1,300 square feet on the ground floor of the four-story residential building 15 Avenue A between East First and East Second Streets, according to the tenant’s brokers Lee & Associates NYC. Asking rent was $160 per square foot.

The wood-fired pizzeria was opened in 2008 at 261 Moore Street in Bushwick by Carlo Mirarchi, Brandon Hoy and Chris Parachini and has been credited with helping turn the industrial neighborhood into a dining destination, the New York Times reported. Parachini later left the business after a contentious legal battle that was settled in 2017, Eater New York reported.

Last year, Roberta’s opened its second full-service location in Los Angeles’ Culver City. It announced plans to open a third at Two Trees Management’s One South First (formerly known as 260 Kent Avenue) development on the site of the former Domino Sugar Factory in Williamsburg, according to Eater.

Roberta’s already has Manhattan outposts in UrbanSpace food halls at 570 Lexington Avenue and 230 Park Avenue, but the East Village outpost will be its first full-service restaurant in the borough when it opens in the spring of 2020, according to Lee & Associates.

“Both residents and destination diners in the East Village will be excited by this long-awaited expansion of a beloved brand,” Lee & Associates’ Jaime Schultz said in a statement. “Situated right where the East Village meets the Lower East Side, this new Roberta’s location is guaranteed to see lines every day of the week.”

Schultz brokered the deal for Roberta’s along with Jeffrey Lopez. GoodSpace’s Chris DeCrosta and Roberto Rhett handled it for landlord Z+G Property Group.

“I would categorize this deal in the rarest of categories: great tenant, great landlord,” DeCrosta said in a statement. “I wish they could all be like this!”