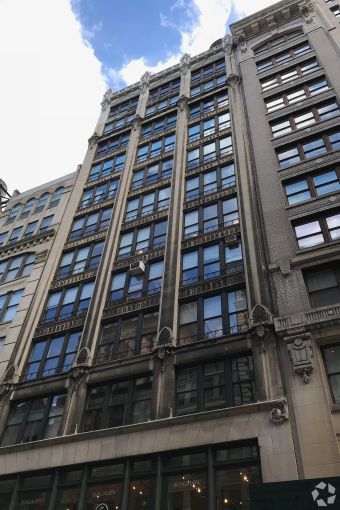 A mental health studio which plans to open locations nationwide inked a deal for its second Manhattan outpost in the Flatiron District, Commercial Observer has learned.

Octave signed a 10-year lease for 5,000 square feet for the entire sixth floor of the Rosen family’s 45 East 20th Street between Broadway and Park Avenue South, according to the tenant’s brokers Cresa. A spokesman for Cresa would not provide the asking rent, but CoStar Group data shows average asking rents in the building are between $60 to $65 per square foot.

The practice, which bills itself as evidence-based therapy, was founded by Sandeep Acharya, the former head of strategy for primary-care startup One Medical, last year. It opened its first 3,904-square-foot location at 286 Madison Avenue in Midtown South in January, according to Cresa. It later opened an outpost in San Francisco.

“Working with the Octave team is always a pleasure,” Cresa’s Daniel Taormina, who represented the tenant along with Michael Okun, said in a statement. “They are mindful of their client-base and consistently seek out spaces that project a calm environment. The building’s owners and representatives were exceptionally accommodating.”

Max Koeppel of Koeppel Rosen brokered the deal for the landlord. Koeppel declined to comment on the deal through a spokeswoman.