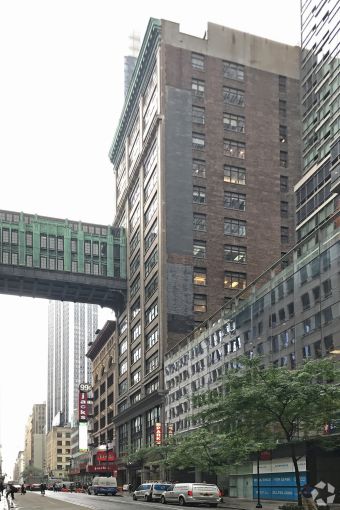 Octane Lending, a finance marketplace for motorcycle and ATV dealers, will expand its New York City headquarters and move near Penn Station in Chelsea, Commercial Observer has learned.

The fintech startup signed a long-term deal to take 15,000 square feet on the entire ninth floor of Pan Am Equities’ 116 West 32nd Street between Avenue of the Americas and Seventh Avenue, according to Handler Real Estate Organization, which brokered the deal for the tenant. Asking rent was in the high $50s per square foot.

Octane Lending, which was founded in 2014, currently has a nearly 10,000-square-foot office at 535 Eighth Avenue and plans to move into its new digs in the fall, a spokesman for Handler said.

Handler’s Scott Galin and Alex Bush represented Octane Lending in the deal while CBRE’s Josh Pernice and Freddie Fackelmayer handled it for Pan Am Equities. A spokesman for CBRE did not immediately respond to a request for comment.

Bush said in a statement that Octane Lending was attracted to the “high-end” space in the 16-story 116 West 32nd Street that has raised ceilings, concrete floors and windows on four sides.

Other tenants in the 245,000-square-foot property include MG Engineering, the Manhattan office of the state’s Adult Career and Continuing Education Services-Vocational Rehabilitation program and home care agency People Care.