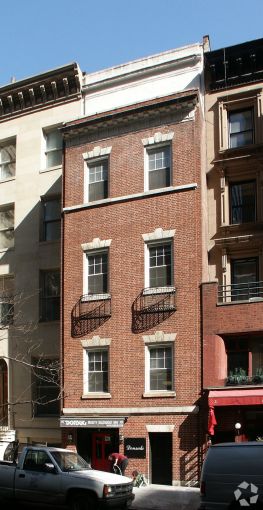 19 East 62nd Street on the Upper East Side. Credit: CoStar

Wrist Aficionado, a luxury online watch retailer, has signed an 18-month lease for space at 19 East 62nd Street between Madison and Fifth Avenues on the Upper East Side, according to Douglas Elliman, which brokered the deal.

The clicks-to-bricks retailer, which grew its customer base on Instagram before making the shift into physical retail space, signed up for a 1,400-square-foot space, according to The Faith Consolo Team at Douglas Elliman, which represented both the tenant and the landlord. Asking rents reached $29,000 per month.

The store will debut under the name Maison Montres, which means “house of watches” in French. Wrist Aficionado has over 210,000 followers on Instagram and more than 2,700 posts, with one recently promoting a men’s Audemars Piguet Royal Oak Offshore watch that it’s selling for $130,000. The retailer, which lists a Gmail address and a Whatsapp number for interested buyers, currently sells its wares on the watch marketplace Chrono24.com.

“Building off of the success of their Instagram following, the brand is positioning itself with a goal to grow and expand,” said Douglas Elliman’s Diana Zisholtz, in prepared remarks. The lease will carry an extension option past the initial 18-month term.

“It’s no surprise that they have decided to plant roots on the Upper East Side, a destination of luxury,” she added. The retailers Hermès and Tom Ford are located around the corner from the store. Watch retailer Tourneau will be about three blocks south, operating out of temporary digs at 601 Madison Avenue, between East 57th and East 58th Streets, as Commercial Observer reported.