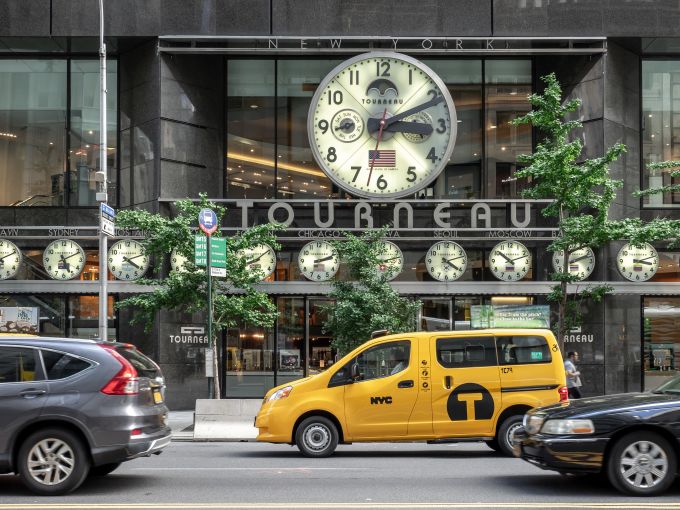 Call it time for a change.

Tourneau, the seller of luxury watches, has signed a short-term lease to take about 12,050 square feet at 601 Madison Avenue in Midtown, according to a source familiar with the deal. The company signed a lease through December 2020 at the property, located between East 57th and East 58th Streets, the source said. It will use the space as a temporary home while it renovates its store, located around the corner at 12 East 57th Street.

“The location, proximity to their existing location, and the quality of tenant made for a relatively easy transaction between the tenant and the landlord for the short-term deal,” the source said.

Tourneau, whose offerings range from a $164,900 Breguet timepiece to a $99 G-Shock watch, signed the roughly two-year lease earlier this year, the source said. It took possession in early April, is currently working on the build-out, and expects to open the store in the fall, possibly in October.

The retailer’s other Midtown locations include a store at 510 Madison Avenue, at East 53rd Street, and at 3 Bryant Park, near the intersection of West 42nd Street and Avenue of the Americas, according to its website.

Buchbinder’s Abramson declined to comment. Calls to CBRE’s Goldberg and Cannon were not returned. A Tourneau executive did not immediately respond to a request for comment.