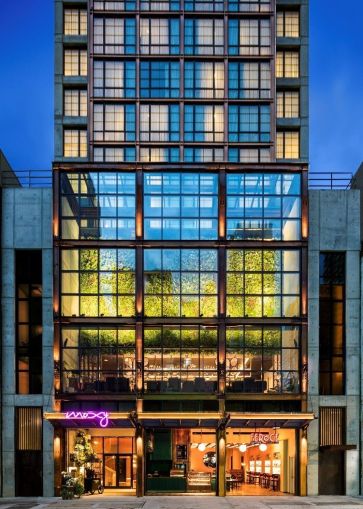 Lightstone Group and Elad Group are returning to Tel Aviv to raise Series B bond offerings, in what amounts to a sudden comeback of New York real estate’s favorite cash cow, Commercial Observer has learned.

This comes on the heels of a burst of activity for the Americans-in-Tel-Aviv sector. Up until this month, this slice of the Tel Aviv bond market — with bonds issued by foreign companies, the majority of which are U.S.-based real estate companies — had been on an extended dry spell, since it crashed in January.

But in the last several weeks there have been successful Series B bond offerings from Silverstein Properties and Cornerstone Group, and a failed attempt from Spencer Equity to raise a secured bond against a Williamsburg property owned together with Yoel Goldman’s All Year Properties.

Both Spencer and All Year have previously raised bonds secured by New York properties, including the Williams William Vale Hotel, but the property in question, a rental development at 163 North 6th Street, has been stalled for years because it is overbuilt, per New York City code. Spencer reported to the TASE Wednesday that it had withdrawn the offering because of “alternate financing” options, after the company failed to garner the bids necessary to pursue it, according to sources familiar with the issue.

Elad’s offering, also tendered on Wednesday, brought in bids totaling $227 million and Elad chose to accept $146 million at an interest rate of 3.45 percent. The funds will be used to refinane existing debt on the company’s Galleria shopping center in Toronto, and to commence with its redevelopment, Rafael Lazer, the company’s CEO told CO. And since they raised more money than they set out to, “We have a surplus of cash and we’ll find the best way to deploy it,” Lazer said.

Elad Group is a real estate empire run by Israeli billionaire Isaac Tshuva, and Elad Canada is a “two-headed beast” per Lazer, with a Toronto-centric development arm, and an asset-management arm with industrial and office assets in both Canada and the United States.

Lightstone has yet to tender the offer. In 2017, Lighstone raised $120 million to refinance a rental building at 365 Bond Street in Gowanus at a 6.75 percent rate. The bond is currently trading with a 3.17 percent yield and matures in 2024.

Lightstone Group and Spencer Equity did not immediately respond to request for comment.

This story had been updated with comments from Elad Canada.