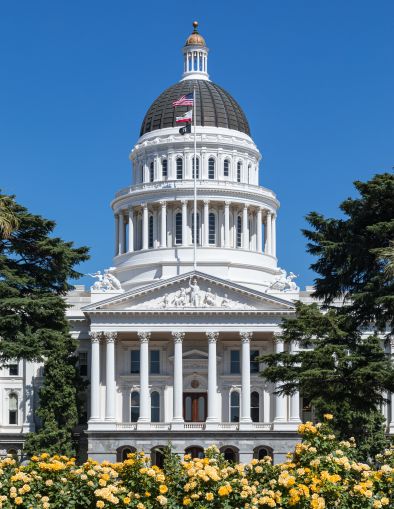 The California State Legislature is now set to pass a new, stricter version of a statewide limit to rent increases before the current session ends.

Despite renewed opposition from the real estate industry and property owners, the latest iteration of Assembly Bill 1482 — which now caps annual rent increases to 5 percent plus inflation until 2030 — is on its way to Gov. Gavin Newsom’s desk before the September 13 deadline in order to be approved this year. It will be the first time rent control is expanded in California in 25 years, affecting about 2.4 million apartments throughout the state, in addition to all the houses it would cover.

The bill passed the Senate on Tuesday, and won the Assembly’s approval on Wednesday.

It was a big test for Newsom, who said passing rent control was one of his top priorities in his first year as he faces rising rents and a persistent statewide housing and affordability crisis. In 1995, the state passed the Costa-Hawkins Rental Housing Act, which currently bares all municipalities from expanding rent control for units built prior to that year.

After state leaders recently agreed to strengthen Assembly Bill 1482 — from a 7 percent cap for just three years — the California Association of Realtors urged its 200,000 members to tell local lawmakers to vote against it.

The group argues that the regulation will continue to hinder housing production by discouraging apartment owners and developers from building, which is particularly harmful amid a historic shortage throughout the state. According to the California Homebuilding Foundation, multifamily permitting is down 23 percent through the first seven months of 2019 as compared to 2018.

In a statement, the realtors association said rent control policies “do not strike an equitable balance between renters and property owners,” and they reduce the supply and quality of rental housing.

The California Rental Housing Association also argued that rent control is unfair to smaller property owners who now may be forced to sell or go out of business. The group’s president, Sid Lakireddy, called on lawmakers to instead focus on creating more affordable and accessible housing.

Brian Asquith, an economist with the Upjohn Institute, said research has found that rent control regulations also encourage owners to convert apartment units into condominiums, removing them from the rental market, according to reporting by the Los Angeles Times.

The legislation doesn’t apply to units built in the last 15 years, nor to single-family home rentals unless they are owned by large businesses.

According to a study by UC Berkeley, 1.2 million additional households in Los Angeles County will be under rent control if Newsom signs AB 1482. That includes about 374,100 units in the city of L.A. alone.

The bill also does not affect apartments already under rent control. In L.A., only buildings completed before 1978 have rent control restrictions, capped now at about 4 percent annually. There are approximately 624,000 units in 118,000 properties throughout the city of Los Angeles that fall under the existing rent control ordinance, according to the L.A. Housing & Community Investment Department.

AB 1482 also includes additional tenant protections by requiring landlords to first provide an approved reason to a third-party before evicting a tenant who has lived in an apartment for at least one year.  Approximately 160,000 families appear in eviction court each year.

Since last year’s failure of Proposition 10 — which would have opened the door for municipalities to enact rent control — municipalities throughout L.A. County have been enacting their own temporary rent control measures, including Glendale, Culver City, Beverly Hills, Inglewood, Pasadena and Long Beach.

Proposition 10 would have repealed Costa-Hawkins, and allow any residential property built before 2005 to qualify for rent control. Aids Healthcare Foundation, the group behind Proposition 10, is working on an updated version for the 2020 election.

Update: This story has been updated to reflect that the Assembly voted to approve the bill.