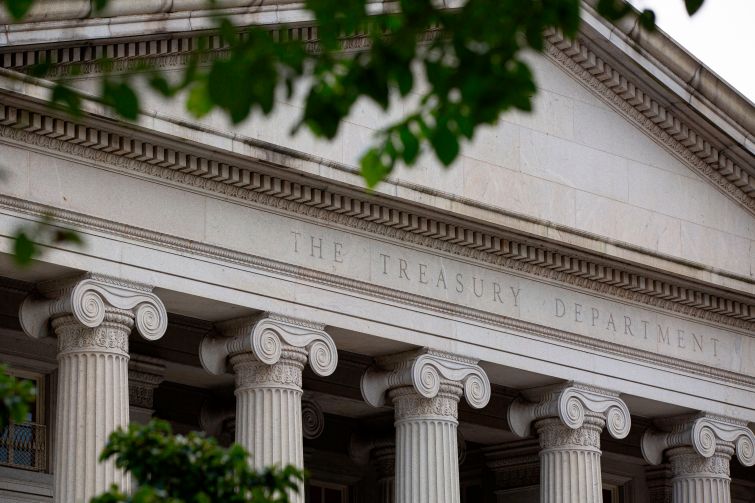 Today marks the 11th anniversary of Fannie Mae and Freddie Mac’s government conservatorship, but revisions to how the housing-finance giants are structured may finally be afoot. This week, the Trump administration’s Treasury Department released, at long last, its blueprint for how the agencies could be returned to private hands — a plan that the administration says could be accomplished at least in part without Congress’ moving a finger. The report, which was greeted with a tepid reception by housing-market experts of all stripes, concerns itself most of all with how to minimize the government’s role in the single-family markets, but several key provisions could have significant implications for the agencies’ hundred-billion-dollar role in financing apartments as well. Here are the three biggest takeaways for how the housing reform plan could buffet multifamily markets across the country.

Fannie and Freddie’s government conservator, the Federal Housing Finance Agency, has capped the volume of mortgages each entity can guarantee at a variable annual level: In 2018 and 2019, it’s been set at $35 billion. But the cap has provided for a broad range of exemptions that has allowed each agency to approximately double that level of production in recent years. Under the Treasury’s plan, one of the most prolific areas of cap-exempt business for the agencies, financing for environmentally friendly renovations, could be in jeopardy. Fannie Mae, for instance, has done more than $50 billion of eco-lending business since 2012, and for each of the last two years, it’s been the largest issuer of bonds backed by pro-climate projects in the world. Freddie Mac, for its part, says it has purchased more than $44 billion of green loans since it started in the business three years ago.

But the Treasury Department’s blueprint calls into question the value of exempting those loans from the FHFA cap. “In part because of these broad exemptions, the caps have not been effective in limiting the GSEs’ multifamily footprint,” one section reads. “For example, exempt loans for energy-efficient multifamily projects have been a significant driver of growth in the GSEs’ multifamily business, while lacking an obvious nexus to the affordability mission.” The plan recommends that “Treasury and FHFA should consider amending [GSE guidelines] to limit support of each GSE’s multifamily business to its underlying affordability mission.”

Fannie Mae and Freddie Mac are prohibited from directly discussing the politics of their conservatorship with reporters, but have argued in the past that eco-friendly renovations help lower residents’ utility bills. “We welcome the administration’s efforts to address housing finance reform, and we look forward to implementing the plan Treasury and FHFA ultimately put forth to ensure we continue to make home possible for millions of renters and homeowners,” a Freddie Mac spokesman said. Fannie Mae representatives didn’t respond to an inquiry by press time.

A threat to reduce agency support in rent-controlled markets

Complaining of regulatory obstacles to more housing supply in some markets, the GSE reform plan also threatens to limit the agency’s activity in places where it deems rent control an impediment to development. That’s a major shot across the bows of states such as New York, Oregon and California, which each passed significant rent-control laws this year. The Treasury report suggests that the federal government could respond with a carrot-and-stick approach, effectively punishing rent-controlled jurisdictions for, in its view, intervening too aggressively in property markets. Rent-control laws “interfere with the functioning of local housing markets, tending to decrease supply and quality of the available housing. Scarce government subsidies should not be used to offset the adverse effects of these laws.”

Limits on GSE activity in states with aggressive rent-control regimes could significantly reshape the GSEs’ multifamily work, depending on how stringent the final restrictions are. At Freddie Mac, for example, loans from California and New York represent almost a fifth of the current securitized multifamily mortgage portfolio, with three of the 10 biggest individual outstanding loans originating from those two states.

Swapping the annual caps for limits based on market share

In its reform plan, the Treasury alludes to its obvious displeasure with the efficacy of FHFA’s cap system, in part because exemptions have allowed the two GSEs to blow past the purported caps by a wide margin in recent years. But the caps also come in for criticism because they’re not specifically tied to Fannie and Freddie’s market share vis-a-vis private lenders’ role in financing multifamily. As a corrective, the Treasury plan would redraw the cap so that it’s based, at least in part, on limiting the twin agencies’ share of multifamily lending, as opposed to their overall volume. “A shift to a cap that is based on, among other things, the multifamily guarantors’ share of outstanding multifamily debt might be better calibrated to ensure that private-sector sources of capital are not crowded out,” the report says.

But a separate argument that the plan makes in favor of a market-share basis seems to cut against the agencies’ traditional role as a backstop provider of liquidity during credit freezes. The report notes that such a scheme would be beneficial by “permitting more acquisitions during periods of high refinancings.” That pro-cyclical view of the proper role for Fannie and Freddie contradicts traditional thinking about their place in the markets. Typically, analysts argue that the agencies should play a counter-cyclical role, picking up the slack in the mortgage markets when financing from private sources dries up, and stepping back during boom times.